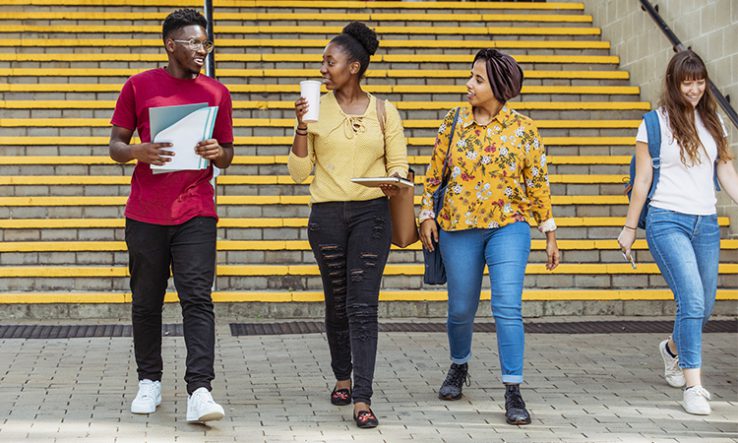 Education minister Alan Tudge has urged universities to “rethink” their business model as he released a discussion paper on an international education strategy for Australia.

He said he was unable to say when students would be allowed to return and that he was asked that question “almost daily”. Border closures had been necessary to control Covid, and international student numbers were back down to 2018 levels, he said.

In his speech, Tudge said that as well as paying fees, international students enhanced the experience of Australian students, kept up a supply of skilled workers and built international connections. “We have an opportunity to be better,” he said, calling for more diversity in students’ countries of origin. Australian universities should be providing more remote education to emerging markets including India and Indonesia, he said.

Australia’s existing strategy for international education, which runs until 2025, is set to be replaced by a strategy for 2021-30. The discussion paper on the replacement strategy shows that commencements by international students were down by 22 per cent in 2020 and that almost all of those students are studying remotely from outside Australia. It suggests that universities need to develop their online offerings and alumni networks outside the country.

“As borders remain closed, there are suggestions that students originally looking to study in Australia are moving towards other countries such as the UK and Canada,” it says.

The paper proposes a set of metrics for international study, focusing on student satisfaction, diversification of participants and methods, and employment. “The return of international students will be vital to reinvigorating the sector, but diversification efforts, including expanding our offshore engagement and delivery models, will be just as important to the longer-term success of the sector,” it says.

Tudge pointed to the University of Technology Sydney’s Vietnam campus as an example of offshore delivery.

Universities Australia issued a statement welcoming the discussion paper. Chief executive Catriona Jackson said: “Universities have been working closely with state and territory governments over many months to plan for the safe return of international students—work which the minister acknowledged in his remarks. We would welcome a national plan—drawing together efforts from all levels of government and the sector—on this important matter.”

Several state-based plans have failed to win federal approval. The latest, from Victorian universities, was reported to propose bringing in a thousand students a week to private quarantine, and the New South Wales government is also working on dedicated student quarantine plans.

The Innovative Research Universities group said in a statement that it was “concerned that in setting out the rationale for international education, the minister omits the value of universities educating all interested students, providing opportunities to Australians and people from other countries able to pay for access to a world-class education”.

The group, which includes seven universities, said that “the Commonwealth must work with state and territory governments and universities to develop a clear roadmap for the safe return of international students, beginning with small but scalable pilots in each state and territory. That the minister has no such plan to approve on his desk is a sign that developing state-based plans for the return of students have so far proved too difficult to make work.”

The discussion paper was developed with help from an advisory panel made up of industry and university representatives. Comments on the paper are welcome until 12 May.