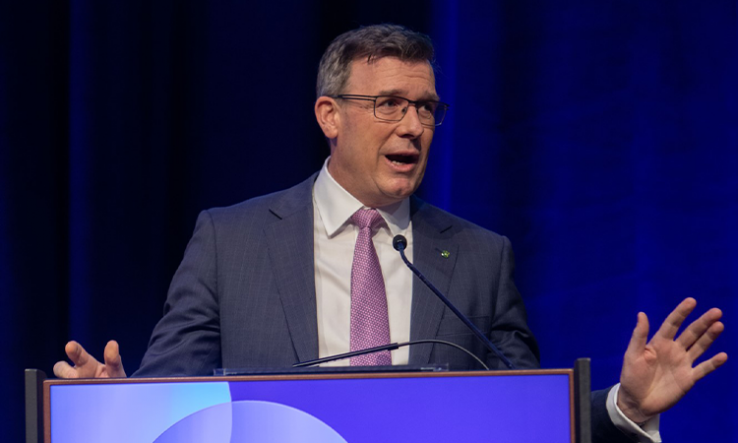 Australian education minister Alan Tudge has said that the commercialisation of university research is his “top priority” for the portfolio.

In a speech to Universities Australia’s annual conference on 3 June, Tudge also warned universities that they must adopt the government’s free speech code or face new legislation. He said there could be “no more excuses” from the eight universities yet to fully align to the ‘French model code’ on academic freedom.

A consultation process to create a revised government policy on commercialisation has received about 170 submissions, Tudge said. He told the audience of senior university figures that a focus on publishing and university rankings worked against the commercialisation of research.

“We want to fundamentally shift the dial so that in five years’ time we look more like Israel or Canada or the UK in terms of how much our universities interact with business and generate new ideas, new jobs and new sources of wealth,” he said. “My conclusion is…that incentives matter.”

Tudge said the reformed approach to commercialisation would also have to offer incentives to businesses to get involved early to help move products through the “valley of death” between ideas and the market. “Stage-gating” of research on the path from pure research to commercial outcomes has also emerged as a priority from the consultation process, he said.

He promised that the government’s policy on university research commercialisation would be finalised “in the next few months”.

In another session at the conference, Jeff Connolly, chair of Tudge’s advisory group on university research commercialisation, said that the commercialisation landscape was “fragmented and overlapping”. Although he said that he had found examples of research being translated into outcomes, “despite the tremendous examples, there’s not a system that makes this happen”.

Connolly, who is chief executive of Siemens Australia, said he was aware of work going back 20 years on the issue. “This time it does require scale and focus,” he said, suggesting that mission-based research and more specialisation of universities might be needed. “We have excellent capability in Australia—it’s just not organised very well.”

In his speech, Tudge acknowledged the financial issues caused by Covid-19 and the downturn in international student numbers, but he quoted figures suggesting that higher education overall had suffered only a 3 per cent hit to income due to border closures.

He said there had been around 100 consultations with industry as an expert group developed a new approach to international education. “As we come out of Covid…we will need to think differently about international students, taking into account four broad objectives, ” he said. Revenues, enhancing the learning experience for Australian students, building workforce skills and “strengthening our people-to-people linkages” are crucial to the government’s approach, Tudge said, along with diversification.

“We are reliant, as you’d be aware, on just two source countries for 55 per cent of our international students,” he said, referring to China and India.

He also called on universities to speed up the return to face-to-face classes where possible. “I’m still hearing from too many students…who tell me that their usual student experience has still not returned: that they have only got one contact hour or no contact hours per week.”