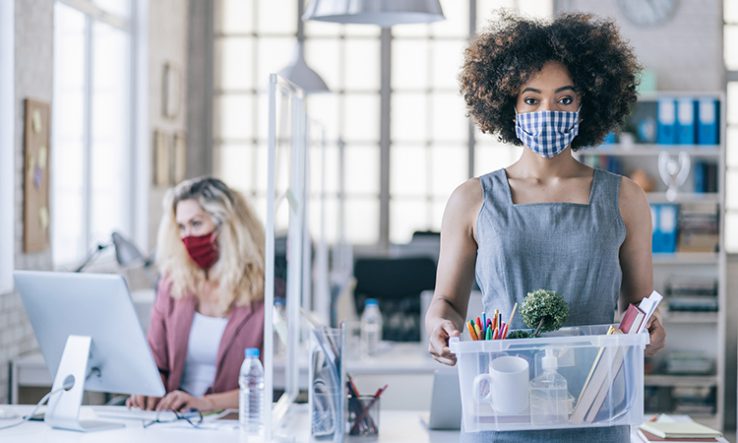 Pandemic-related job losses have shifted from the casual university workforce to permanent and full-time positions, with worse to come, a report has said.

A total of 40,000 jobs have been lost from Australia’s universities in 2021—35,000 of them in the public sector—and women have been disproportionately affected, according to the Australia Institute’s Centre for Future Work. Its report says the pandemic has been a “financial and operational catastrophe for Australia’s universities”, exacerbated by the exclusion of higher education from the JobKeeper subsidy.

The report—called An Avoidable Catastrophe and published on 13 September—says that the trend of shrinking university jobs “looks likely to continue through the 2021 academic year and beyond, as international student arrivals and enrolments continue to plunge and the Commonwealth government refuses to make funding commitments to support universities through the crisis.”

It argues that because Australian universities were so reliant on international student fees and that income stream was hit hard by federally mandated border closures, “the government now has a corresponding responsibility to ensure this vital sector survives the resulting chaos”.

The report was commissioned by the National Tertiary Education Union. The Australia Institute is a Canberra-based think tank that relies on philanthropy and has no formal political affiliations.

A separate report from the University of Melbourne’s LH Martin institute claims that the federal Job-Ready Graduates scheme, which increased the cost of arts degrees by up to 113 per cent while cutting the cost of courses such as engineering and law, is failing to deliver. In the report, honorary senior fellow Mark Warburton says that an analysis of university funding agreements showed that the burden of existing students on universities outweighed extra funding for those enrolling under the new scheme.

“The reality of [Job-Ready Graduates] is that the government hasn’t provided the level of subsidy over the next several years to create the promised extra student places to support Australia’s economic recovery,” Warburton writes. “The government would need to provide in the order of A$1.1 billion more in subsidy from 2021 to 2024 to honour the claims it made.”

The depth of the impact of the pandemic was further highlighted by a research paper published on 12 September in the journal Higher Education Research and Development. Led by a University of Western Australia researcher, a multinational team found that institutions were suffering from “pandemia”, with “Covid-19 emboldening processes and protagonists of neoliberal governmentality and market reform that undermine academic wellbeing”.

The paper said the pandemic’s impact on research productivity had been “gendered”, with worse effects for women. “The higher education sector in Australia finds itself in a challenging position, part public institution, part corporation,” the researchers found.

Responses to the study from 370 Australian academics “reflect frustration over the implications of government policies that have created a quasi-market model of higher education in Australia and the associated overreliance on international students as an income source, severely impacted by the pandemic,” the paper said.