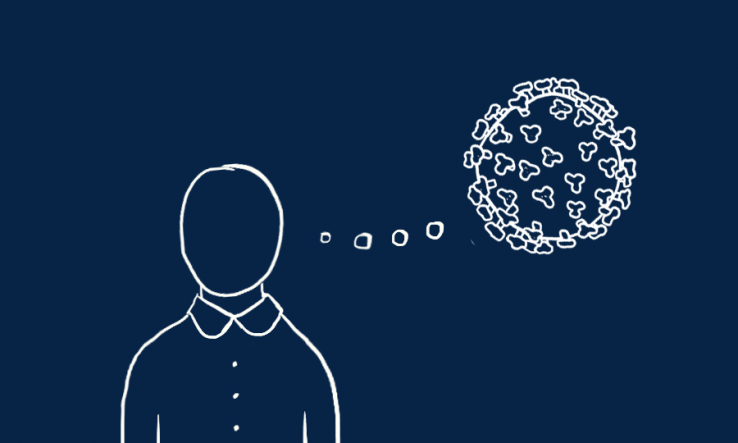 Scientists were stumped. Previously healthy patients in China were quickly becoming seriously ill, hit by fevers, intense coughing and trouble breathing. The mortality rate looked high. Researchers needed to share information on this new disease with other experts around the world, and fast.

Familiar though this situation is, this is not a description of the Covid-19 pandemic.

This is an account of an event two decades before, when cases of the severe acute respiratory syndrome (Sars) virus escalated from China into neighbouring countries in the early years of the 21st century.

In both cases, how researchers were able to communicate their findings had a huge impact on how the outbreaks were tackled. And the differences between them illustrate where scientific publishing is heading in future.

During the 2002 Sars outbreak, those closest to the disease tried to share their understanding of the virus rapidly. Often they failed.

According to an analysis carried out in 2010, 22 per cent of the studies on Sars at the time were submitted for publication during the pandemic. Only 7 per cent were actually published during it.

In a paper on the communication of academic research published earlier this month, Virginia Barbour, director of Open Access Australia and co-lead of the office for scholarly communications at Queensland University of Technology, argues that “the global publishing community barely coped” during the Sars epidemic.

“If that had been the case now, can you imagine how difficult it would have been to respond to Covid-19?” she asks Research Professional News in an email.

Luckily for the world, as the world’s scientists grappled to understand Covid-19, the publishing situation is very different to Sars. The Covid-19 pandemic prompted what Barbour calls “an outpouring of research”, and most of it was rapidly available online and on preprint servers.

This time around scientists were able to disseminate early data and release initial findings in preprints, publications which are not peer reviewed and are a relatively recent innovation in the research landscape. Traditional journal publishing processes could not keep pace with the pandemic.

Post-Covid, says Barbour, publishing should be heading for a permanent change.

“My view is that the pandemic has reinforced [the view] that traditional journals on their own can’t respond to the rapid flow of information that’s needed in an emergency,” she says. “Traditional journals will have a role in that system, but it’s a limited one and should not be the dominant method.”

The tide appears to be turning in favour of novel forms of academic publishing. In December 2021, the Australian Research Council performed a major U-turn and uncancelled 32 applicants who had been disqualified from entry to the ARC Future Fellowships and Discovery Early Career Researcher Awards because their applications contained references to preprints.

If this is progress, though, there are already questions about whether it can be maintained.

Barbour admits “we are already seeing signs that publishing may revert to a more closed model post-pandemic”, as the emergency phase of data-sharing comes to an end.

Although Australia’s chief scientist, Cathy Foley, is backing an Australian model of open access, the National Health and Medical Research Council pressed pause on its own reforms scheduled for 1 January this year after concerns were raised during a consultation over the costs of its reforms and how academic publishers would respond. The NHMRC wanted to make the research it funded immediately available via open access rather than after a year, and it wanted authors to retain the rights to their publications.

Barbour believes that being able to access a wide range of new and pre-existing research quickly and easily has been “crucial” to fighting Covid-19, and she stresses that researchers “can’t allow publishers to determine what knowledge they think it’s necessary to share and what not”.

“Because we don’t yet have a fully open scholarly communication ecosystem, publishers are simply looking again to monetise their content by charging for access,” she says. Switching to open access now is “really important” as “we need to future-proof the system so when the next emergency arises—or when we address climate change, for example—we don’t have to pick and choose, or beg, for access to research that’s needed”.

To get towards a fully open future, questions around trust in research need to be addressed. Covid-19 has prompted much soul-searching in science on how researchers can quickly assess how much they should trust new findings, and on how to balance the need to speed publication with the need for careful scrutiny of claims.

Papers published in two medical journals, the Lancet and the New England Journal of Medicine, were retracted in June 2020 after problems were found with the data used for the research into Covid-19. Although the traditional peer-review system was used before publication, the push to publish research quickly still caused problems.

Preprint organisations are finding their own solutions for quality control. For example, the preprint server medRxiv has developed its own process for assessing quality. Although it is “no substitute for peer review, it does seem able to reliably filter out research which has ethical or similar issues”, says Barbour, who provides editorial advice for medRxiv.

The pandemic put rocket boosters on the pace at which research is moving towards openness, a shift that was already taking place pre-2020. Despite a reluctance among some publishers to fully embrace open access, the enthusiasm among policymakers means it is unlikely to drop off the radar.

Barbour feels the pre-pandemic reliance on “proprietary publishing” and incentives “based solely on publication in specific journals” has come to an end.

However, the open-access expert—who describes herself as a “pragmatic optimist”—still has her concerns.

“The move to open access is becoming inexorable, but it’s still too slow, and I am concerned that as we move towards more open access we don’t limit our options,” she says. “We mustn’t allow open access itself to be locked up by a few commercial groups.”