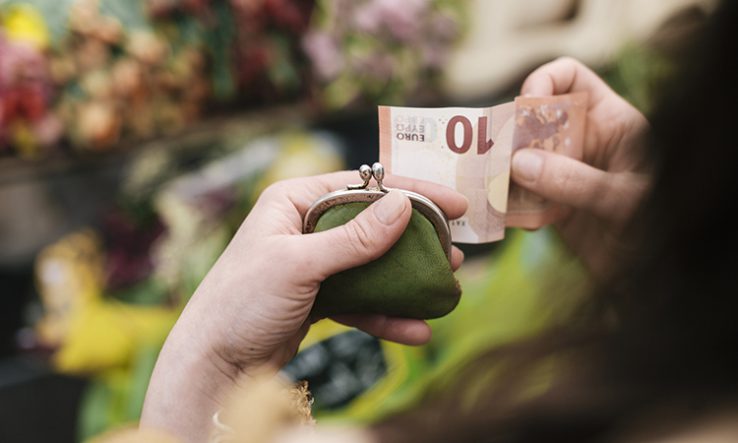 The European Cooperation in Science and Technology, or Cost, is an EU funding organisation that sets up research networks across Europe, known as Cost Actions. These groups bring people from academia and industry together to explore ideas in science and technology.

The groups work together for four years. Unlike many other EU-funded projects, Cost Actions are open throughout the lifespan of the project, meaning new members can join at any time. For those who want to propose a Cost Action group, the next deadline is 20 October.

In May, the Cost governing board announced funding for 70 Cost Action groups. One of those was led by Karim Benabdellah, a senior scientist at the Pfizer-University of Granada Centre for Genomics and Oncological Research in Spain. He explains the parameters and practicalities of the scheme.

What is the aim of your group?

We want to bring together the different actors that are involved in gene editing in Europe. We have basic researchers, but there are others such as clinicians and those working in regulation who are not often in contact. Fundamental researchers should be in contact with clinicians more to improve gene-editing technology, as it is a new tool with a lot of knowledge gaps. Researchers often think that after carrying out experiments, publishing a paper is the end of the work, but that’s not true. The end of the work will be bringing tools or medications to society.

Do you have aims that reach beyond this community?

Yes, we would like also to communicate our work to wider society. We would like to go out into the wider world, to schools—even to bars, maybe—to explain what we are doing with public money in science. When I talk to normal people about gene editing, they don’t know what’s going on—it all sounds like science fiction. So we want to explain what it is and what we are doing clearly. This is what one of our eight working groups will be exploring.

How much funding were you awarded and what will it cover?

We will have up to €600,000, which will be divided between the four years of the project. This will give us money for networking, money for people to come to our labs to work for two to four months and money for travel to international conferences. We will also have money to organise a spring school or summer school in the areas of the different working groups, specifically for young people and those from low- and middle-income countries.

How did you go about creating the group?

I contacted people all over Europe who had expertise in the right areas and persuaded them to join. Some people were very positive, while others felt that it would be a lot of work for little income. For some European Research Council calls, you can win millions of euros. Cost Action funding is normally just over half a million euros. But they forget that joining a Cost Action group can be a first step towards winning ERC funding. In the end, we got many people on board with strong expertise in different areas, and so we were able to build the network.

Did you consider gender balance when setting up your group?

Absolutely. There are rules for the Cost Action groups on the gender balance of your members, as well as on offering opportunities for early career researchers. It gives people a chance to grow their scientific careers.

It’s hard to contact people who you don’t know and ask them to spend their time on this group. Most of us knew each other already because we’d had contact through different scientific meetings, but we encouraged each other to contact people we didn’t know so well with expertise in different areas. The Cost Action call is an inclusive call, and there is a push to contact people from countries that produce less science and research than more established countries, and from neighbouring countries as well. I’m from Morocco and I have some colleagues there who I contacted. We also have members from Israel and Qatar. Hopefully we will have our meetings in some of these countries over the next few years.

Had you applied for funding for a Cost Action group in the past?

Yes. We applied last year, but it was rejected. In our renewed bid, we mostly just updated it to reflect the advances in science. Gene editing as the central idea was much the same, but we needed to update it with different papers and new discoveries that had come out after we submitted the first application.

What would you say to others who want to set up a Cost Action?

If you have an idea, if you have a network, you can apply. Don’t despair if your action is rejected first time around. This is a good opportunity for scientists to broaden their work and promote it to the public and other stakeholders. It gives you the opportunity to step out from your lab and show the public what you are doing with their money.