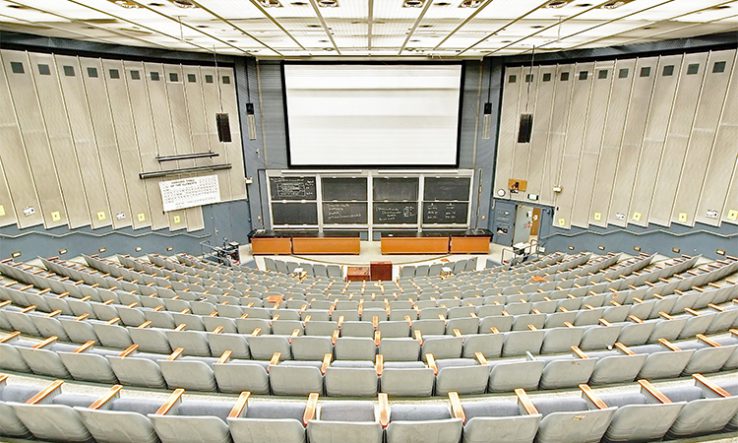 Higher education institutions in Paris are facing tough decisions as the city moves to the maximum alert level for Covid-19 infections.

Following an announcement by health minister Olivier Véran on 4 October, the French capital region has been put on “scarlet” status, meaning businesses such as cafés and bars have been forced to close. But university leaders have warned that the immediate future of their institutions is unclear as they have been told to reduce student numbers by 50 per cent but have been given little guidance on how to do so.

Education establishments account for the second-largest single group of Covid-19 clusters outside nursing homes, according to figures published by Public Health France, a government-funded monitoring body. However, these figures made no differentiation between schools and higher education institutions.

A total of 796 coronavirus cases among students and 144 among lecturers have been recorded since universities reopened in September, according to the data.

Following a request from France’s prime minister Jean Castex, universities in the worst-affected zones have been told to reduce capacity by 50 per cent in all public spaces—such as lecture theatres, other teaching areas, canteens and libraries—from 6 October. Castex did not specify how operations should continue under these circumstances.

Christophe Kerrero, rector of education establishments in the Ile-de-France, reiterated the decision to halve campus attendance. “However, I would like to point out and underline that a certain amount of [physical] course attendance is essential to prevent our students from dropping out,” he said.

Universities have been thrust into the spotlight following statements from public officials blaming their activities at least in part for a rise in Covid-19 cases in France. Government spokesperson Gabriel Attal said he was “shocked” by images of crowded lecture halls.

In response, Paris mayor Anne Hidalgo warned of a “catastrophic situation in the colleges” during a television interview on Sunday. “Young people are crammed into lecture theatres because of an increase in student numbers that was not anticipated, and there are no support measures,” she said.

Hidalgo, who had previously opposed the closure of businesses in France’s capital region to enforce social distancing, said she was not planning for the full closure of university facilities.

On 5 October, higher education and research minister Frédérique Vidal issued a statement saying the pandemic’s spread had led to a “restriction in the reception capacities of higher education establishments”. Students should be assured, she wrote, that measures were being taken to “guarantee pedagogical continuity”.

Vidal also told university chiefs to liaise with regional authorities to produce daily reports on the evolution of the situation.

The announcement of reductions in on-campus numbers is in line with the ministry’s policy of attempting to keep university doors open. However, around 40 higher education facilities in France have been forced to shut in the past month due to localised coronavirus outbreaks.

One of these locations is Sciences Po, an elite polytechnic university in the heart of Paris, which closed for two weeks to deal with a spate of Covid-19 cases on its campus.