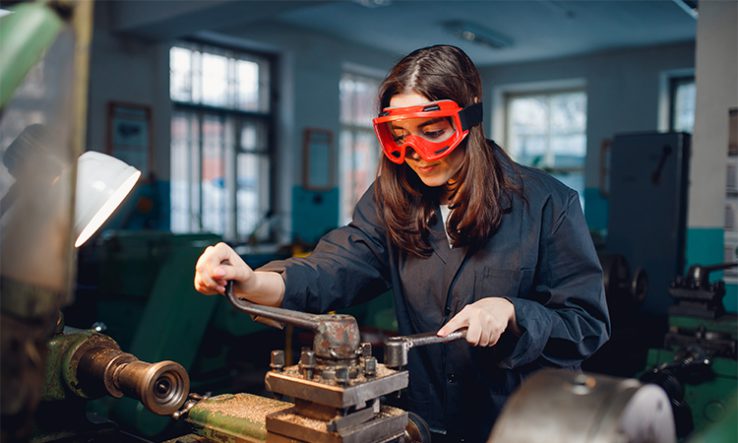 This week, Germany topped the list of most-admired countries in the world, leaving runners-up China and the United States far behind. One piece of German statehood that is lauded internationally is the country’s vocational education, the so-called Dual System, under which apprentices receive part of their education at special colleges.

In 2017 the system was called a trailblazer by America’s first lady Ivanka Trump and more recently was cited by UK education secretary Gavin Williamson as a blueprint for a proposed British system.

But many academics describe the Dual System as a “bureaucratic horror”, and claim that simply grafting it onto other countries’ education systems could prove impossible.

The advantages of the dual vocational system are clear. It provides the German economy with well-trained workers whose excellence and certifications are internationally recognised. It is free, which benefits students from lower-income households, and participants will get paid for the practical part of their education in businesses and shops.

Dual degrees are available for roughly 300 professions: from hairdressers, bakers and cooks to car mechanics and computer programmers.

Thomas Deissinger, an economist at Konstanz University who has compared the dual system to apprenticeships in Britain, remains sceptical about plans to match one to the other. In fact, the Dual System is so complex that “it is questionable if copying it is even partially possible,” he told Research Professional News.

The vocational schools also teach general subjects such as German language and sports.

The curricula and educational standards of the Dual System are arrived at through coordination between the companies, federal and state governments, professional chambers and unions. The system is governed by complex laws and organisational relationships—which can make amendments or changes in the curricula a bureaucratic nightmare.

This “may sound exaggerated”, Deissinger wrote in his analysis, but there certainly is a grain of truth in it. He explained that many countries, including in southern Europe, have looked to implement similar systems, but largely failed.

The German system “would probably function in a different way and have different results, due to cultural and historical reasons, once transplanted into another country”, Deissinger said.

It should not be forgotten that, despite its excellent reputation, the Dual System is facing challenges at home. Students with lower marks in school struggle to get into the vocational programmes they want. Among A level holders, vocational training is losing popularity compared with university education.

To combat this, the government this year introduced a minimum wage of €515 a month during the first year of vocational training—making the system more expensive. Politicians are also mooting academic titles for those who have completed advanced training within the system, such as the “Bachelor Professional” and “Master Professional”.

This has provoked considerable protests from academic organisations, who worry that the line between an academic degree and a vocational qualification is increasingly blurred.

“In contrast to the British approach, the German system puts trust into straightforward workplace learning, along the lines of a specific occupation,” Deissinger wrote in his analysis. He also pointed out that, unlike in the UK, in Germany education is viewed “from a non-economic perspective”.

Furthermore, Germany’s education institutions are less competitive among each other, favouring consensus and cooperation between various student and teacher groups—both points that seem inherently hard to transplant to a different country.

“It is not advisable, without pointing out reservations and limitations, to transfer the German vocational training system to other countries, both in the industrial and in the developing world,” Deissinger said. “We are dealing with different understandings of the functioning of the economy, as well as a principally different approach of connecting educational systems to that economy.”