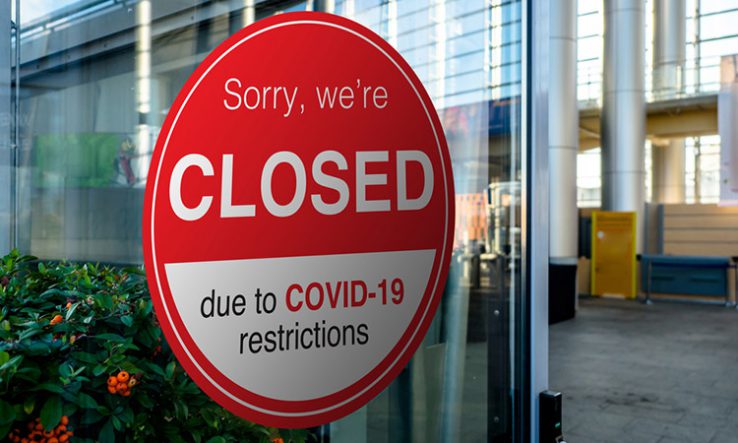 Researchers complain of ‘lack of clear support’ from EU

Fellows supported by the EU’s Marie Skłodowska-Curie Actions scheme, which provides funding for research projects to develop skills and experience abroad, are pleading with the bloc to provide more money to those among their number whose work has been severely disrupted due to Covid-19.

“Our careers are at risk, our personal lives and mental health are being affected, our projects are at risk of failing, and all because of the lack of clear support from our funders,” MSCA fellow Alejandro Manzano Marín wrote on 28 May in EuroScientist, the magazine of the researcher association EuroScience.

More than 1,400 people have also now signed a petition set up in March calling on the European Commission and the Research Executive Agency that administers EU grants to improve on the offers that have been set out for MSCA fellows dealing with disruption.

These fellows have been advised to work remotely where possible, with their expenses eligible for reimbursement, and postpone work that requires their physical presence, with flexibility being offered around deadlines and project objectives.

Where this is not possible, one option is a temporary suspension of the MSCA grant and its accompanying salary, which is only allowed if the researcher agrees and if their contract is extended to allow them to finish their work.

Another option is switching to a 50 per cent work pattern, with a corresponding reduction in salary. In addition, the host institution can use unspent institutional costs from the project to fund salaries during a suspension.

But researchers and the Marie Curie Alumni Association have objected that these options are insufficient for many MSCA fellows.

They say many fellows cannot work remotely due to the nature of their project or the need to look after children, and that a temporary salary suspension is not possible for many researchers with financial obligations and can lead to loss of social benefits. Similarly, they say that switching to a half salary is simply not an option for many, and that institutional funding is often not available.

Marín told Research Professional News that the measures do not go far enough.

“The EU is announcing extra funding for a lot of things while we’re getting left behind,” he said. “They say science is the thing that will get us out of this situation, but researchers are being hung out to dry.”

He said he was lucky that his supervisor and institution had supported him in speaking out about the situation and not asked him to accept a suspension, but that he knew of many MSCA fellows who had been pressured to suspend their work.

Marín, who holds Mexican citizenship, said that in his case suspending his research would have meant having his EU researcher visa revoked, which would have left him with three months to voluntarily leave his host country, Austria. But even for researchers with EU citizenship, the financial burden of putting work on pause may prove insurmountable.

“Many of us have just relocated to a new country, and before working one year in many countries you don’t have access to unemployment benefits,” said Marín, adding that many researchers he has spoken with, who agreed to suspend their contracts, did so thinking disruptions to their work would last just a month.

Others are now rallying to the researchers’ cause. On 29 May, the League of European Research Universities listed some “points of major concern” regarding the Commission’s otherwise “very much welcome” response to Covid-19 – one of which was the lack of funded extensions to disrupted projects.

“We strongly advocate the Commission allow cost extensions in specific circumstances, and especially where no other alternatives exist despite all efforts,” Leru said, listing examples, such as when institutions are closed for an extended period of time.

“Particular attention should be paid to Marie Skłodowska Curie Actions, especially Individual Fellowships,” it added. “If a fellow is unable to work due to the Covid-19 measures and they have also received an extension equal to the amount of time they are unable to work, the additional salary cost for the period of the extension should be covered.”

Leru said it was aware that finding additional funding to cover these cost extensions within the EU’s Horizon 2020 R&D programme “is not straightforward”, but nevertheless said: “We strongly call on the EU to make such additional funding available within the wider framework of its Covid-19 support.”

The Commission provided information on its response but declined to comment.