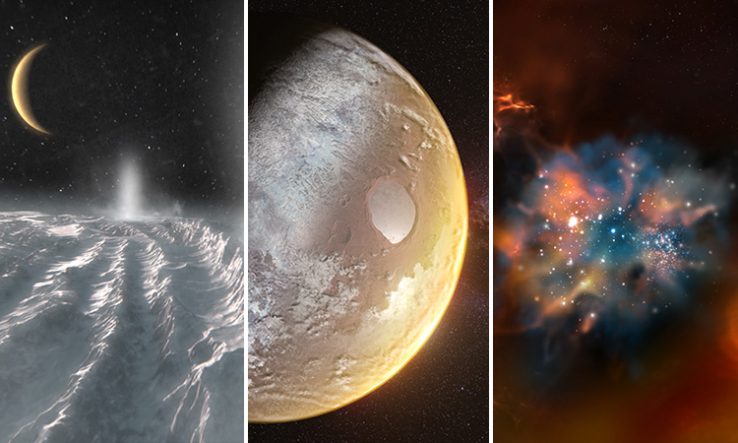 The European Space Agency has chosen the themes for the science missions it intends to undertake in 2035-50, with the moons of giant planets, temperate planets around other stars and the early universe topping its to-do list.

Aside from the three major mission themes, within which specific missions will be chosen “in due course”, the Voyage 2050 long-term exploration plan published by Esa on 11 June also includes missions to Mars and Venus, and single-craft planetary and space surveys.