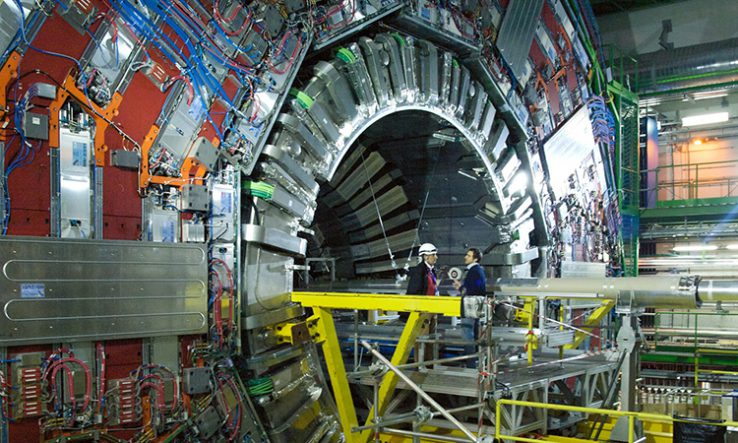 Cooperation agreements will not be renewed after 2024 expiry, but situation will be “monitored”

Cern, Europe’s top organisation for nuclear research, has decided to cut ties with Russia and Belarus because of the former’s invasion of Ukraine and the latter’s support for the war.

Member states of Cern’s governing council decided on 16 June that cooperation agreements with Russia and Belarus will not be renewed after they expire in 2024—although the decision will be kept under review.

The move means researchers affiliated with Russia and Belarus would not be able to use Cern’s world-leading facilities for research on particle physics after the agreements expire, and that the countries would no longer make contributions of financing or expertise to Cern operations.

“Yesterday’s council’s decision confirms the strong condemnation of the invasion of Ukraine by the Russian Federation aided by Belarus, while leaving the door ajar for continued scientific collaboration should conditions allow in the future,” Cern director-general Fabiola Gianotti said.

Cern’s international cooperation agreements normally run for five years and are renewed for the same period unless one party gives a written notice of termination at least six months prior to the renewal date.

The Council also decided to review cooperation with the Joint Institute for Nuclear Research in Russia, which has an international cooperation agreement set to expire in January 2025.

Situated to be monitored

According to a statement by Cern’s council, “the situation will continue to be monitored carefully and the council stands ready to take any further decision in the light of developments in Ukraine”.

In March the Cern council voted to suspend Russia’s observer status and some roles for individual researchers. But some governments had called on Cern to go further: Poland’s state secretary for science, Wojciech Murdzek, said last week that the agreements should be ended even if this meant delays to Cern’s work and higher costs.

Cern previously told Research Professional News that there were about 1,000 researchers with Russian affiliation who would be affected by the cutting of ties, and that Russia contributes to experiment operations in proportion with its participation.