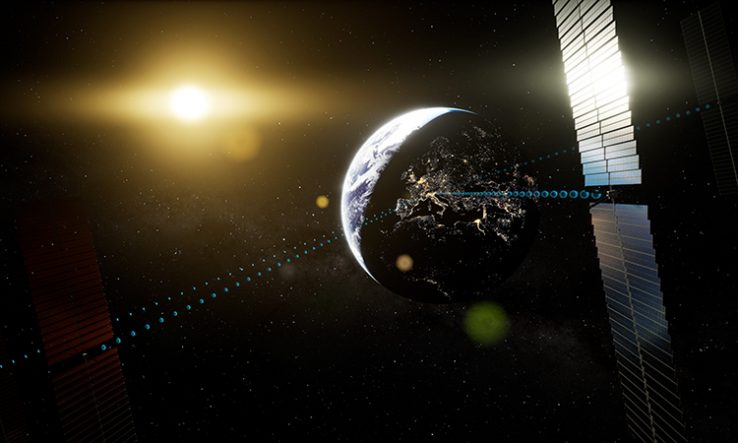 Collecting energy in space and transmitting it to Earth for terrestrial use could be competitive with nuclear power on an economic basis, an official at the European Space Agency has suggested.

Energy harvested from the sun in space and transmitted to Earth could offer “an alternative option to nuclear power”, according to Sanjay Vijendran, head of a programme Esa is proposing to study the prospect.

He added that the space-based solution seemed “surprisingly competitive” against other energy options.

“The mistake that is often made is to compare the concept with ground-based solar power, when really space solar offers novel characteristics such as baseload power that actually serves to complement rather than compete with intermittent sources like ground solar and wind,” Vijendran said.

His remarks came in an update Esa published on 26 September setting out its plan for the proposed programme to test the feasibility of space-based solar power, called Solaris.

“Significant uncertainties and technical challenges remain,” Esa said. The satellites that would be used to harvest solar energy would have to be kilometres in size, requiring technical advances in areas such as in-space manufacturing.

The energy would be beamed to Earth using microwaves, which Esa said would require research to confirm that this would not harm human or animal health or interfere with aircraft or other satellites.

Solaris is intended to examine such questions, so a decision can be taken in 2025 on whether to proceed with a space-based solar power programme.

A ministerial meeting in November is expected to make a judgment on whether to go-ahead with Solaris itself.

The proposal comes as European energy costs reach stratospheric highs following the Russian invasion of Ukraine, and as countries around the world reconsider the role of nuclear power in their energy mix.