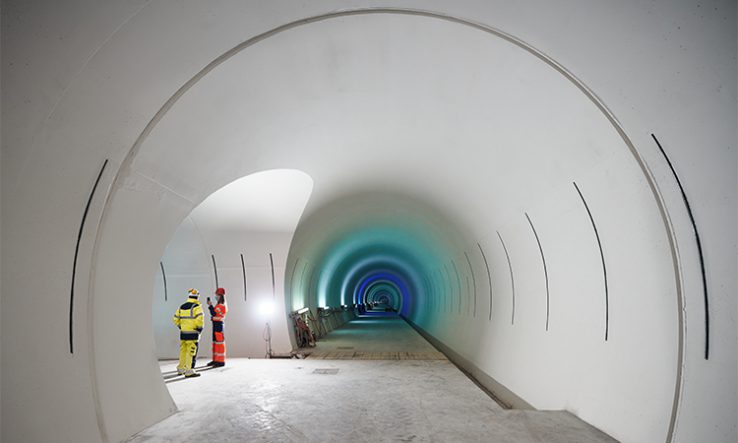 Civil engineering work has been completed for a major upgrade of the Large Hadron Collider particle accelerator, Cern has announced.

Europe’s intergovernmental organisation for nuclear research said the upgraded facility, called the High Luminosity Large Hadron Collider, will improve the LHC’s performance by increasing the number of particle collisions and thereby boosting the potential for discoveries.

Delivering the HL-LHC is Cern’s main scientific goal for the decade and was recognised as one of the highest priorities for particle physics in a 2020 European strategy update for the field.

Civil engineering work on the upgrade started in June 2018. Now that it is complete, new components for the collider can start to be installed, Cern said on 20 January, with the facility expected to start operating in 2029.

Oliver Brüning, HL-LHC project leader, said: “We really are at the start of the transition towards the HL-LHC era, one that will push the boundaries of technology and knowledge even further.

“It will allow physicists to study known mechanisms in greater detail, such as the Higgs boson, and observe rare new phenomena that might reveal themselves.”

The HL-LHC is due to run until 2041 and to collect about 10 times more data than the LHC, which itself has generated huge volumes.

While the LHC is able to produce up to a billion proton-proton collisions per second, the HL-LHC is set to increase this number by a factor of five to seven.

Work on the HL-LHC is an international effort involving 19 countries including Cern’s member states, which are mostly European, and some non-member states such as Canada, China, Japan and the US.