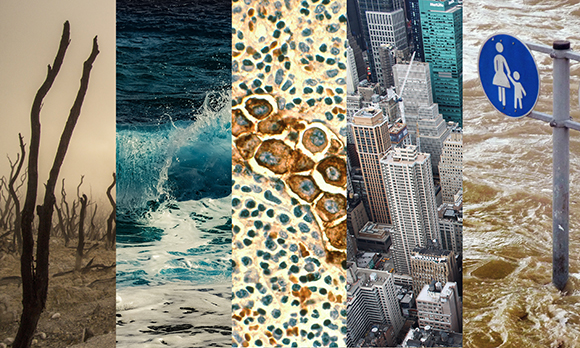 Missions on climate, cancer, oceans, cities and soil initially allocated up to €1.9 billion

After years of planning, the EU has finally launched the five research and innovation-based missions through which it hopes to have a greater impact on major societal challenges.

Launched on 29 September, the missions on climate, cancer, oceans, cities and soil have initially been allocated up to €1.9 billion from the first three years of the EU’s 2020-27 Horizon Europe R&D programme, although there are no total budgets set for the individual missions.

“A mission is a new and innovative tool—a new way to work together within Horizon Europe,” said European Commission executive vice-president Margrethe Vestager. “It is a set of actions—research and innovation projects, policy measures and legislative initiatives, citizens’ involvement—to achieve concrete goals with large societal impact.”

The missions concept has been in development since 2017, initially under the leadership of previous EU R&D commissioner Carlos Moedas and the guidance of economist Mariana Mazzucato. Dedicated teams of experts made recommendations for the individual missions, and today the Commission announced the specific targets adopted and the methods the EU will use to try to achieve them.

“The response to the coronavirus pandemic has shown that we can only tackle our biggest problems with a collective effort rooted in research and innovation. This is also the starting point of the bold and ambitious EU missions. They will mobilise the enormous potential of the EU and rally instruments and policies to achieve important goals. And all this together with the citizens, who are involved from start to finish,” said current R&D commissioner Mariya Gabriel.

The Commission said that the missions will be “rooted in Horizon Europe”, but “go far beyond research and innovation”. It said they will operate “as a portfolio of actions involving different instruments, business models, and public and private investments at EU, national, regional and local levels”.

A work programme for the first two years of Horizon Europe, published in June, set out funding calls to lay the ground for the missions. The Commission said the programme will be updated with a full research and innovation agenda for the missions by the end of the year.

The five missions have been set specific targets to hit by 2030. A mission on adaptation to climate change aims to help at least 150 European regions and communities to “become climate resilient” and has been allocated €368m initially from Horizon Europe, while the mission on cancer aims to improve the lives of 3 million people affected by cancer—a reduced ambition from experts’ suggestion to try to save 3 million lives—and has been allocated €378m.

The mission on oceans and waters aims to protect 30 per cent of the EU sea area and 25,000 kilometres of rivers from problems including pollution and will get an initial €344m. Meanwhile, the mission on smart cities is intended to help 100 cities become climate-neutral by 2030 and will get €359m.

Finally, the mission on soils aims to create 100 “living labs and lighthouses to lead the transition towards healthy soils”—another reduced ambition from experts’ suggestion to try make 75 per cent of European soils healthy. It has been allocated an initial €320m from Horizon Europe.

Update 30/9 – This article was updated with the initial allocations from Horizon Europe.