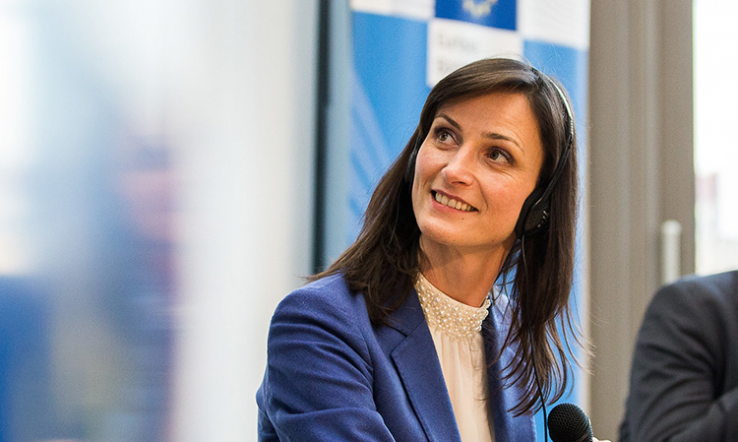 The European Innovation Council, an EU funder that supports the development of breakthrough technologies and the growth of research-based small companies, will clear its backlog of delayed investment decisions by the spring of 2023, according to a European Commission official.

Dozens of research-based ‘deep tech’ companies have spent up to about a year waiting for equity-based investments from the EIC Accelerator fund, due to delays caused by a Commission decision to shift control of the fund from itself to an external manager.

In September, the Commission finally announced the interim appointment of a manager and said this would enable the fund to clear its backlog “in the coming months”. Briefing the media on 7 December, its official said that investment decisions had now been made for 78 of 179 delayed applications.

Once the backlog has been cleared, the fund should be able to make individual investment decisions within a maximum of 10 weeks, according to the official. They added that the Commission thinks this smoother operation “will tackle” concerns from the European Parliament around the setup of the fund.

The official was briefing the media as the Commission published a work programme setting out plans for allocating the EIC’s €1.6 billion 2023 budget, as well as a second report on the impact that the funder and its predecessor innovation funding instruments have had.

About €1.13bn for 2023 has been devoted to the EIC Accelerator instrument, which uses grants and equity-based investments to help companies grow; €343 million to the Pathfinder, which funds multidisciplinary collaborative research on breakthrough technologies; and €128m to Transition funding for commercialising such technologies.

At a Commission-hosted EIC Summit event in Brussels on the same day, the EU R&I commissioner Mariya Gabriel (pictured) highlighted novelties for 2023, including the launch of a Next Generation Innovation Talents scheme to enable researchers to carry out internships in EIC-funded companies.

The report said these instruments have now incentivised over €10bn in follow-on investments from other sources, while the troubled equity fund has leveraged over 2.6 euros of extra investment for every euro it contributed.

“The 12 unicorns and 112 centaurs supported, and the over €10bn investments attracted into European deep tech, illustrate the growing impact of the EIC,” said Gabriel. “Its work programme for 2023 will keep delivering funding for deep tech startups, increasing talent flows and improving Europe’s innovation ecosystem.”

Meanwhile the Commission official said the 2023 work programme addresses “some of” the concerns expressed by groups of research organisations about the intellectual property rules of the Pathfinder and Transition schemes, which grant indefinite access rights to individuals involved in generating IP.

Research organisations have complained that these rules clash with how they typically handle IP rights, and warned that they could end up hampering commercialisation rather than increasing it.

The official said that research organisations will now be able to suspend the researcher rights “if they are shown to negatively impact on the organisation’s own exploitation activities”. They said the Commission “has listened” to the concerns and will continue to do so, but that it wants “to keep the raison d’etre” of the EIC in facilitating innovative IP exploitation by individuals and companies.