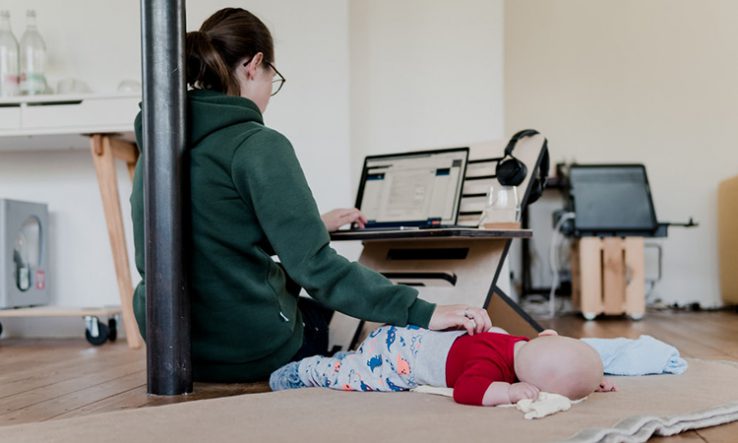 Early career researchers, female scholars and international academics faced disproportionate amounts of stress during the first Covid-19 lockdown, according to a report by the Young Academy.

The academy, which surveyed almost 6,000 academics in the Netherlands, found that the precarity of their positions seemed to be determined by their age, their gender, their nationality and whether or not they had a steady contract. Female academics with children, non-Dutch citizens and young researchers were found to be the most prone to higher stress levels during lockdown restrictions.

The Young Academy is part of the KNAW science academy. It compiled the report together with the Dutch Network of Women Professors and the UNL association of Dutch universities. To avoid losing women, international researchers and early career scholars from Dutch research, the authors advise policymakers to recognise and reward their talents.

“The data confirm that the lockdown made vulnerable groups even more vulnerable,” said Lidwien Poorthuis, senior policy officer for the Dutch Network of Women Professors. “Their road to the top now becomes even more difficult. If we don’t want to face a brain drain and a loss of diversity, we need to intervene.”

During the first Dutch lockdown, schools were closed, forcing both parents and children to work at home. Academics with young children reported more work-family conflict than their peers without children, and many worked evenings to compensate for the loss of time during the day, the report said. As a result, early career academics were less likely to apply for research grants.

Compared with their male counterparts, female academics with children living at home reported more stress, as they were more likely to be on temporary contracts. Gender aside, more than half of PhD candidates, postdocs and assistant professors on tenure track said they did not expect to complete their projects on time or be able to meet tenure track requirements due to lockdown.

According to Poorthuis, the pandemic has magnified existing vulnerabilities. “Research is often done in one’s own time, which is now even more scarce because of more care responsibilities,” she said.

People who spent extra time helping their team and students through difficult times or adapting their teaching methods fell further behind. But these are the people who keep the academic community going, Poorthuis said.

“We need to ask ourselves what makes a good scientist, and start recognising and rewarding that,” she told Research Professional News. “If you included those qualities in promotion criteria and communicated them clearly, more women would get promoted.”

To prevent a brain drain of people in precarious positions, universities must invest in talent retention, the report recommended. “This requires tailor-made solutions, transparency and money,” Poorthuis said. “But if you want the Netherlands to be among the world’s top, you need to make sure you don’t assess people by the difficulties they face but by the talents they have.”