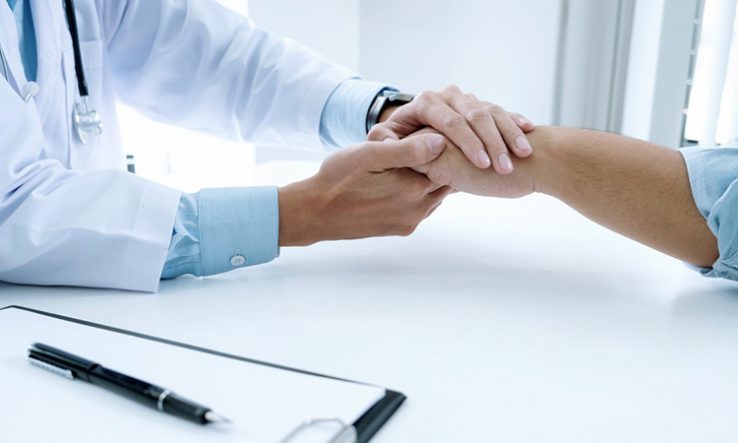 Two leading voices in Swedish sciences have called on the government to significantly increase funding for medical research.

In an article published in daily newspaper Expressen, Anna Nilsson Vindefjärd, general secretary of policy group Research Sweden, and Ole Petter Ottersen, rector of medical research body Karolinska Institutet, say that for every Swedish krona (€0.1) of public funds spent on healthcare, just two ore go towards medical R&D. They urged the government to commit to increasing investment levels to four ore per krona of spending in the long-term.

“Statistics show that the state’s funding of medical research decreased in 2019 compared with 2018,” wrote the authors. “But a recent survey shows that the public wants the government to invest more in medical research, and that support has increased further during the coronavirus pandemic.”

The authors referred to a 2015 talk by American philanthropist Bill Gates, in which he warned of an impending pandemic and offered advice on what should be done to protect humankind.

“He suggested increased investment in medical research and noted that these are small sums compared with the cost of not being prepared for pandemics,” Vindefjärd and Ottersen wrote. “Now we are in the middle of a pandemic and the governments of the world, including the Swedish one, are faced with [having] to save lives, as well as dealing with the enormous costs that come with locked-down societies.”

The authors stressed that public funding for virology in particular is too low. They wrote that, although the Swedish government’s contribution of 100 million Swedish kroner (€9.6m) to coronavirus research efforts is admirable, it represents a marginal investment when viewed in the light of a prospective economic downturn, which could erode private R&D.

Such a coronavirus-induced downturn means Sweden could lose many times that figure in funding, Vindefjärd and Ottersen wrote.

“Our prime minister, Stefan Löfven, has stated that preparedness for the current pandemic was not sufficient,” said the authors. “[Now] the state must take responsibility for the country having a long-term sustainable research policy for health.”

Even before the pandemic, they wrote, funding trends in medical research were worrying. According to Vindefjärd and Ottersen, the costs of conducting high-quality medical research is increasing, but government funding for such efforts dropped from approximately 9.2 billion Swedish kroner (€885m) in 2018 to 8.8 billion Swedish kroner (€846m) 2019, according to Statistics Sweden.

According to the authors, such reductions in funding do not represent the preferences of the public. “A recent survey, conducted by market research company Sifo, indicated that the percentage of Swedes who think the government should prioritise medical research has increased from 44 per cent to 50 per cent,” wrote Vindefjärd and Ottersen.

They added that around 80 per cent of Swedes supported their proposal to increase government investment levels from two to four ore per krona spent on healthcare.

“Sweden has everything to gain from such an investment,” wrote the authors. “We can both strengthen Sweden’s preparedness for pandemics and continuously improve the population’s health and the country’s prosperity.”