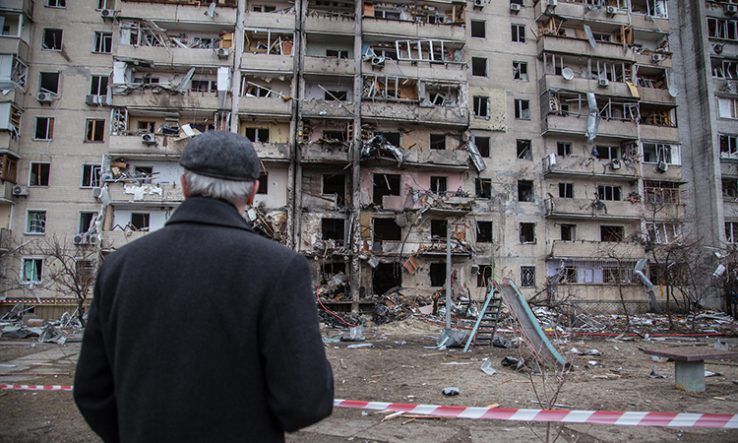 Nearly €300,000 has been made available to help rebuild Ukrainian academic institutions affected by the war in their country.

Allea, the European Federation of Academies of Sciences and Humanities, was given $1.5 million (€1.4m) to support scientists and research institutions affected by the war. The money came in March from the Breakthrough Prize Foundation—a US non-profit organisation founded by technology entrepreneurs.

Having already made at least $500,000 available to support researchers who fled the Russian invasion, Allea opened its second line of funding under the European Fund for Displaced Scientists on 7 July.

Allea told Research Professional News that $300,000 is being made available as direct support to research institutions damaged by the war.

According to data published by the Ukrainian government, more than 100 universities and colleges have been damaged or destroyed, largely in eastern and southern regions.

Antonio Loprieno, president of Allea, said the high number of applications it has received from refugee researchers “is a sad reminder that there is still so much need and distress caused by the war for scientists in Ukraine”, adding that “European science needs to do more.”

Allea said the aim of the new funding was to “support Ukrainian academic institutions in the continuation and/or reinstatement of their scientific operations and research collaborations, as well as to support initiatives that facilitate reintegration of researchers upon their return to Ukraine”.

Applications for up to €75,000 per institution are being accepted until 15 August and Allea said that successful applicants “will be informed about the conditions of the grant without delay”. The funding is not being made available for military research institutions.

An independent selection committee will make decisions on which institutions will receive funding, including representatives of the European Research Council, the European University Association, the Global Young Academy and Science Europe.

Allea told Research Professional News that the committee will meet on 14 July to review the applications received for its first line of funding and said: “We hope to provide the funding as soon as possible after the revision process is duly completed.”

Loprieno said there is “a great sense of academic solidarity in Europe and the US, and many want to help”.

“We need to coordinate our efforts to support Ukrainian science, which is also in need of substantial reforms,” he added.

Correction 8/7 – This article was corrected to state that the 14 July meeting is about the first line of funding, not the second line as originally stated.