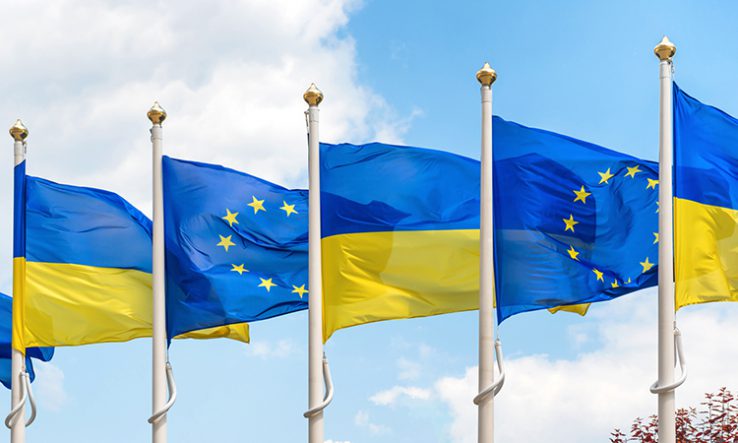 The EU has launched its fellowship programme for Ukrainian scholars, which has been described by an expert on support for at-risk academics as a potential model for similar initiatives.

MSCA4Ukraine, which is part of the EU’s Marie Skłodowska-Curie Actions scheme for funding researcher placements, launched on 28 September to coincide with the European Commission’s Research and Innovation Days annual conference.

The €25 million scheme, implemented by a consortium coordinated by non-profit Scholars at Risk Europe, and including Germany’s Alexander von Humboldt Foundation and the European University Association, will support displaced doctoral candidates and postdoctoral researchers from Ukraine.

“With MSCA4Ukraine, we will enable excellent scientists to continue their work and spearhead the reconstruction of Ukraine’s research and innovation landscape, at the same time strengthening solidarity and scientific cooperation between the EU and Ukraine,” said EU R&D commissioner Mariya Gabriel.

The scheme published its call for applications, which must be submitted by host organisations via a portal that will launch on 24 October. An information day for applicants will be held on 6 October.

Scholars at Risk Europe director Sinead O’Gorman said during a conference session focused on Ukraine that she hoped the MSCA4Ukraine scheme and other EU initiatives could demonstrate how Europe would better support at-risk academics.

“In addition to providing much-needed immediate support to scholars from Ukraine, our strong hope is that these measures will also present excellent models for future general schemes for researchers at risk,” O’Gorman said.

“We hope that [MSCA4Ukraine] will help researchers to maintain and also strengthen connections to colleagues and institutions in Ukraine, and contribute overall to strengthening the Ukrainian research and innovation sector.”

Gabriel also announced that the EU intends to support the creation in 2023 of an office in Kiev to support Ukrainian participation in the bloc’s Horizon Europe R&I programme. “Our hope is that it can strengthen research and innovation networks and of course facilitate more applications from Ukraine that are competitive,” she said.

A spokesperson for the European Commission told Research Professional News that it should have more details on the timeline “towards the end of the year”.

According to data provided by the Commission, just 43 Ukrainian nationals applied in 2021 for a Horizon Europe MSCA postdoctoral fellowship, down from 90 in 2020 and hitting a five-year low.