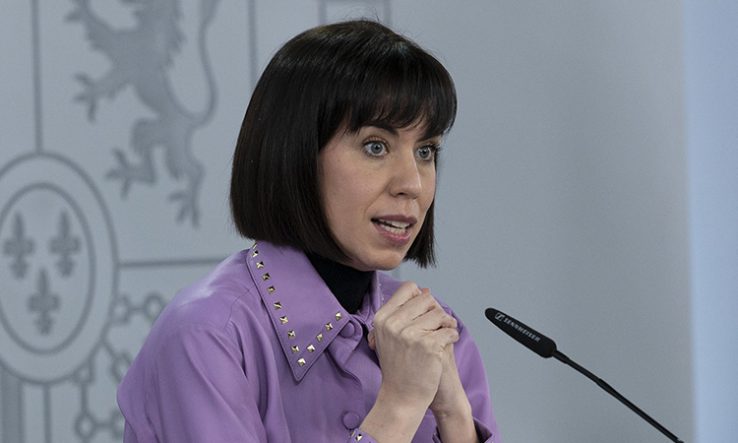 The Spanish government has announced it is finalising a plan for gender equality and non-discrimination in science, technology and innovation.

More than 130 initiatives to bolster gender equality in public research organisations and funders are included in the plan, the science ministry said on 13 September.

It said the proposals centre on three main goals: making female researchers and innovators more visible and addressing existing gender gaps; transforming the culture of research organisations to create equal and inclusive environments; and promoting specific measures to bring about the necessary changes.

Science minister Diana Morant (pictured) said the plan will serve as a framework through which the equality policies of research and funding organisations will become aligned with strategies already in place.

Measures already in place include those set out in the recent reform of the Spanish Law on Science, Technology and Innovation, which stipulated that public bodies must have and annually evaluate a gender equality strategy. These reforms also laid out that research organisations must have protocols against sexual harassment and harassment for reasons of gender or sexual orientation.

The government’s Women, Science and Innovation Observatory group—an interministerial body responsible for gender equality in science—will monitor compliance with the new plan and the recent reforms.

The science ministry said the creation of a gender equality badge is also in the works and will go to research organisations that meet certain criteria demonstrating excellence in this area.