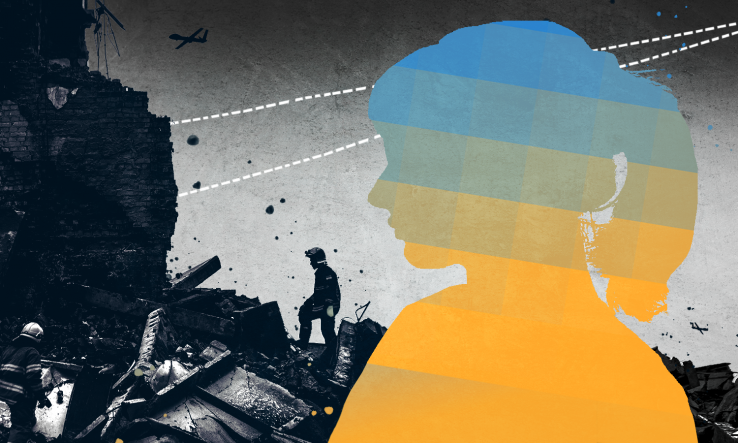 Months after Russia invaded Ukraine, the war-torn country’s researchers are battling to continue their work

On 24 February 2022, Russian troops appeared on the streets of Kherson. In the weeks after, life in the city got progressively harder for Tetiana Skibina.

Skibina’s life narrowed to focus on survival as the situation worsened each day. It was impossible even to think about her research in sustainability and renewable energy at Kherson State Agrarian and Economic University, where she worked as an associate professor of economics.

When she tried to teach her students online, classes were interrupted by air-raid sirens. Some students were sheltering in basements without internet access, or had lost their homes altogether.

Others had left to join the army and dialled in from military bases, trying to keep up with academic studies as they learned how to fight for their country.

Then, one day, Russian soldiers forced their way into Skibina’s neighbours’ homes and detained anyone they found.

The detainees “were taken out of the house with a bag over their heads and taken away in an unknown direction”, she tells Research Professional News. “After that, I decided that I would leave.”

Two gruelling days followed, driving through military checkpoints manned by armed soldiers who inspected each car and interrogated the people inside. They confiscated phones and laptops, scouring them for information. Skibina wiped her devices before she reached the checkpoints, losing access to her research.

She eventually managed to leave the country and join her relatives in Germany. After taking some time to try to recover from her experiences, she felt ready to start rebuilding her old life as an academic.

She is now a researcher at Kiel University, having won a grant through Germany’s DAAD exchange programme.

Skibina’s story is typical of many Ukrainian academics who have been forced to flee the country they love in order to continue their work.

In Ukraine itself, the overall situation for researchers is dire. All grants from the national funder have been suspended as the government focuses on the war. Even if money is available, “universities and research institutions are regularly being targeted” across the country, Olga Polotska, executive director of the National Research Foundation of Ukraine, tells Research Professional News.

The situation is particularly bad in the south and east. “Almost every day, we see video footage of Russian missiles destroying premises of higher education institutions in Kharkiv and Mykolaiv,” says Polotska.

But some researchers are continuing their work—many through sheer force of will.

Polotska describes how, on 9 March, a Russian bomb destroyed two upper floors of a building belonging to the Pryazovskyi State Technical University in Mariupol, which had housed a laboratory. In that laboratory, scientists had been carrying out research into improving durability for biomedical implants, such as knee or hip joint replacements.

Their equipment was shattered. Five of the six members of the project team left occupied Mariupol, but the researchers are now working together online even though they are in different locations.

Other places are in slightly better shape and even trying to regain a semblance of normality.

Olena Bazilinska, an economics researcher at the National University of Kyiv-Mohyla Academy, currently staying in the Netherlands, says many of her colleagues in Ukraine are trying to move away from big cities to small villages. But “things are still moving forward” at Ukrainian universities, she says. Lessons have moved online and academics have been busily preparing for the 2022-23 academic year. “It is now like a state of dual reality: on the one hand there is a war going on, but on the other hand we are preparing for the new academic year.”

Her lectures for the coming year are online and it is not known when they will be face to face again. One issue is that many university buildings lack bomb shelters.

The “main problem” for Ukrainian academics, says Bazilinska, is that they “do not know what will happen tomorrow”. (Read more on Olena’s experience)

Since the invasion began in February, universities and academic groups across Europe have offered assistance and work contracts for researchers leaving Ukraine. They have also offered support for those still in the country, including online partnerships and digital access to libraries and other resources.

Ukraine’s universities are still carrying out or planning joint activities with foreign partners, while many researchers in other parts of Europe are making extra efforts to talk to and plan with Ukraine-based colleagues.

For Polotska and others, the aim is to nurture Ukrainian research abroad in safety, so it can return home when the war is over.

“I hope that the scientific youth will return, because their intellect will be necessary for the rebuilding of our country,” she says.

“The ultimate goal for all of us now is to stay resilient and to develop as many professional connections as possible.”

Those behind programmes that are designed to support Ukraine’s researchers are mindful of the need to avoid brain drain.

When the European Commission announced a €25 million scheme in May to help researchers fleeing the conflict, it said it would help to “safeguard Ukraine’s research and innovation system”. It stressed that the programme would allow researchers taking part “to re-establish themselves in Ukraine when it will be possible to rebuild the country’s research and innovation capacity”.

Rose Anderson, director of protection at Scholars at Risk—one of the organisations running the programme—says that the scheme offers “a way to assist those who have already fled” but whose temporary positions could soon be expiring if universities’ funding is running low.

The MSCA4Ukraine scheme is already doing early planning on how scholars will be supported to return home. Anderson says this is vital as many will want to go back as soon as it is safe. In the meantime, efforts to keep Ukrainian scholarship “alive and supported” in the diaspora are “essential”, she says.

One of those hoping to return one day is Skibina. For now, she continues her research on the economics of renewable energy from Germany. “Of course,” she stresses, “my greatest hope for the future is peace in my country.”

“At home, I had everything: a favourite job, a well-equipped house, favourite cafés and friends,” she says. “Everything in my life was turned upside down by one day, 24 February.”

Olga Polotska, executive director of the National Research Foundation of Ukraine, has many stories of extraordinary bravery and of tragic losses concerning her colleagues.

One physicist drove citizens fleeing the fighting out of danger while Russian shells fell around him; another worked to gather and deliver aid to hospitals.

In one tragic case she related to Research Europe, a physicist colleague was shot by Russian soldiers on the edges of Kyiv as he rescued his family from the military onslaught. His family were saved, but the man died.

“In moments of crisis, Ukrainians never wait for life to happen but instantly organise themselves, support each other and protect their future,” Polotska says.