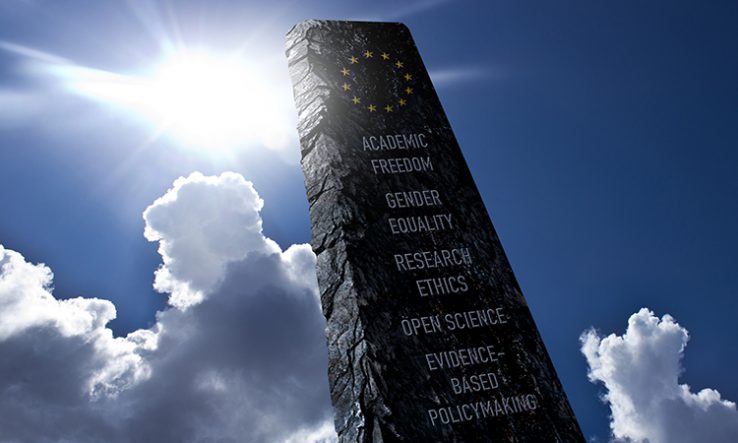 The European Commission has been praised for taking a tougher approach to international research ties after it said the EU should demand more respect from foreign powers for principles valued on the continent, such as academic freedom.

In a revised international strategy, published on 18 May, the Commission said the EU “should more assertively promote a level playing field and reciprocity to respect fundamental values and principles”. It advocated using global R&D ties to support the bloc’s autonomy and “modulating” such ties according to countries’ respect for values such as academic freedom, gender equality, research ethics, open science and evidence-based policymaking.