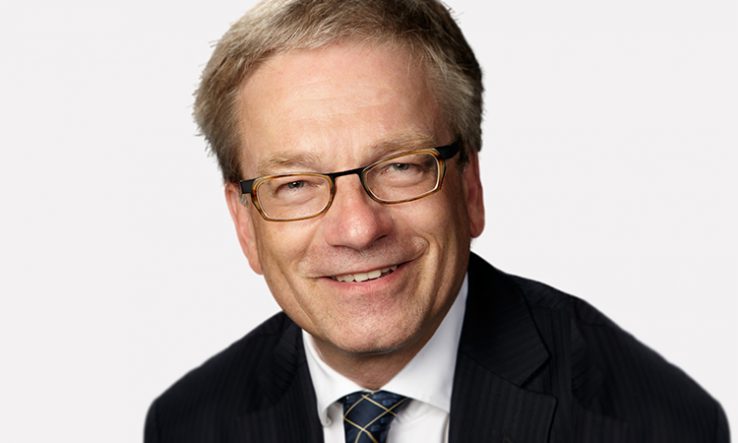 Rémi Quirion believes that the pandemic has given once-quiet science advisers a taste of fame. “It’s not like we became rock stars, but almost,” jokes the new president of the International Network for Government Science Advice, referring to the media appearances that are now a regular part of the job.

Quirion (pictured), who took over as president of Ingsa on 1 September after becoming the only candidate nominated for the role, begins his two-year term as the non-profit organisation—which effectively hosts jam sessions for science advisers—enjoys a boost in popularity.

Membership of the network, which brings scientists from more than 110 countries together to swap expertise, has hit 5,000 after growing by 500 in the two years to September 2021. The pandemic has helped seven-year-old Ingsa to become a “household name” in many governments, says Quirion, who has also served as the chief scientist for the Canadian province of Quebec since 2011.

Greater fame during the pandemic has also brought greater expectations. Quirion says advisers who found themselves in a “very, very close relationship” with policymakers in the early days of the outbreak saw those ties strained when science was “not able to resolve the pandemic quickly”.

As scientific evidence about the virus grew, advisers were sometimes forced to change their advice—meaning that politicians took a hit from the public. Complications caused by the pandemic prompted Ingsa to run a Covid-themed webinar with Nepal in January 2021, working with advisers on how to guide political leaders through the uncertainty.

Meanwhile, Quirion must address more fundamental issues at Ingsa. One of his first priorities is to explore the financial sustainability of the network, which has so far been funded mainly by the UK’s Wellcome Trust, Canada’s International Development Research Centre and the governments of New Zealand and Quebec.

“We need to diversify that group,” Quirion says, explaining that he wants to make sure Ingsa would be safe even if one of its current financial backers pulled out.

Introducing membership fees is an option, but this risks excluding those from poorer countries. Corporate sponsorship is another potential path, but one that would have to be followed carefully if the network was to keep its impartiality. Finances will be high on the agenda for the as-yet unscheduled first-ever meeting of Ingsa’s inaugural governing board.

Quirion is Ingsa’s second president and the first to be appointed through a formal process, taking over from fellow Ingsa founder Peter Gluckman, New Zealand’s former chief scientific adviser. Gluckman has become the head of the International Science Council, a charity that provides staff and support to Ingsa.

As well as tackling Ingsa’s funding challenges, Quirion’s other top priorities for his two-year term are to further formalise the network’s governance structure, explore how science advice could be better adapted to different political cultures, and ensure advisers are being heard at different levels of government, from local to global.

During the pandemic, meetings of chief government scientists from around the world—another part of Ingsa’s work—have been relatively easy to hold remotely, as “there’s not so many of us and we know each other”, says Quirion. But holding grassroots, capacity-building workshops has been much tougher, as participants must build trust before they can learn from each other.

Ingsa was set up partly to maintain the links advisers forged in those workshops, which are run with the help of national academies. “Members of the academy will ask around and see the type of advice you should give on the problem of the day,” says Quirion.

The Ingsa leader believes that his background in interdisciplinary mental health research helped boost his own listening skills, and he has a checklist for what makes a good science adviser: they must accept that they are not a decision-maker, be brief and clear, and build trust with their boss. With the new-found fame enjoyed by science advisers across the world, it seems they must be comfortable in the spotlight, too.