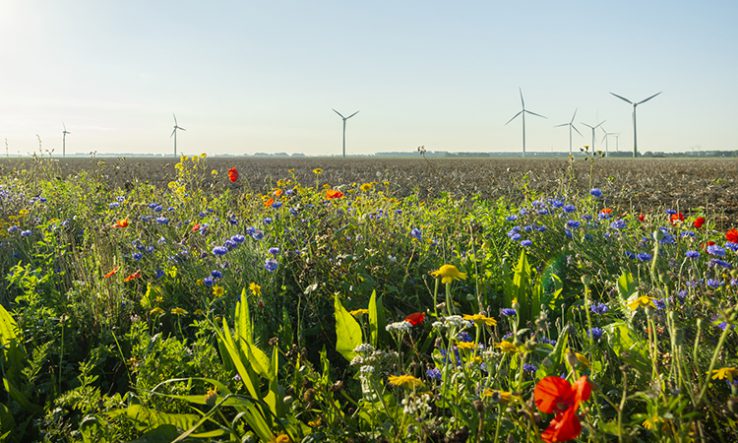 Politicians and scientists in Europe have cheered the historic global deal reached this week to stop the destruction of the world’s diverse ecosystems, including by strengthening research.

The first-of-its-kind biodiversity agreement was formally passed on 19 December, having been negotiated in Canada at the United Nations conference COP15 that ended this week.

Similar to the 2015 UN climate change agreement, the biodiversity agreement creates new 2030 targets, including for strengthening conservation research, as well as indicators for ecosystem monitoring that will require further research and investment.

More generally, the agreement approved by representatives of about 190 governments includes targets to effectively conserve and manage at least 30 per cent of the world’s lands and waters, and to restore or be working on restoring 30 per cent of degraded ecosystems.

By 2030, at least $200 billion (€188bn) per year should be mobilised to protect biodiversity from all sources, the deal also says.

Although some countries in Africa raised objections concerning financing, the deal has generally been widely praised.

“It sets an ambitious political agenda for biodiversity that will shape research in the coming decade,” Henrique Pereira, a conservation biologist at the University of Porto in Portugal, told Research Professional News.

Targets for research and knowledge

One target the countries agreed to includes references to strengthening scientific research and monitoring capacities, promoting access to innovation and scientific cooperation, and fostering joint technology development and research programmes.

Another is to “ensure that the best available data, information and knowledge are accessible to decision makers, practitioners and the public to guide effective and equitable governance [and] integrated and participatory management of biodiversity”.

The EU already has a biodiversity strategy, but Stuart Butchart, chief scientist at Birdlife International, said the new agreement “provides the global policy context” and “will no doubt stimulate” research on topics including what areas to protect and how to restore degraded lands and seas.

Some researchers expect increased research investment from the EU. The European Commission president Ursula von der Leyen said it was time for countries to deliver on their nature goals for 2030 and that the EU would “stay the course”.

The Commission announced on 16 December that the EU had joined an Acceleration Partnership to support the implementation of the deal, and that the partnership would “help increase finance flows to biodiversity in developing countries”.

It also said the EU would contribute to the development of a Global Knowledge Service for Biodiversity that would help with biodiversity monitoring.

“Given the particular strength of conservation science in Europe, I’d envision substantial investment in these crucial [research and knowledge] targets from the EU and its member states over coming years,” said Thomas Brooks, chief scientist at the International Union for Conservation of Nature.

Mike Norton, environment programme director at the European Academies’ Science Advisory Council, agreed that biodiversity research might get additional support from governments, but said it might be “only to provide an excuse for not changing their development agenda”.

Not all aspects of the agreement were perfect, politicians and scientists said. Brooks said “there are many gaps” among indicators and targets and that “mobilisation to develop and institutionalise indicators to fill these gaps” will be an “important role” for research.

Christine Schneider, an MEP who was a delegate for the European Parliament to COP15, said the EU entered negotiations with “ambitious goals” and the agreement was a “very important step”.

But she added that “now we need to develop indicators and methods for monitoring” and that, in her opinion, “we will need to add more indicators” at the next meeting of the biodiversity conference.