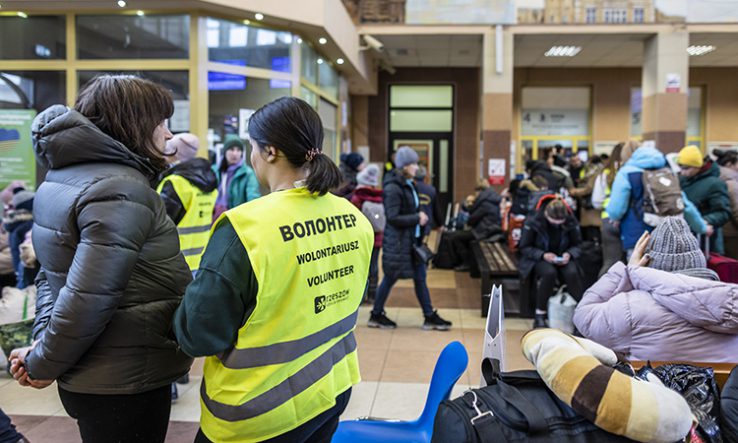 Breakthrough Prize Foundation channels $2.5 million for Ukraine through European and US academies

A United States non-profit organisation founded by technology entrepreneurs is channelling millions of dollars through European and US academies of sciences to support researchers fleeing the war in Ukraine.

On 31 March the foundation announced it is working with Allea, the European Federation of Academies of Sciences and Humanities, to distribute $1.5m for scientists among the millions of people forced to leave Ukraine (pictured) due to the Russian invasion.

The funding programme, which will launch this spring, will enable academic institutions in Europe to apply for funding of up to one year to finance positions for researchers at postdoctoral level or above.

Allea will also reserve 20 per cent of the funds for helping to maintain and rebuild Ukrainian scientific facilities after the war and reintegrate researchers returning home.

“In these dark times, we have the responsibility to join forces and find safe workspaces for scholars fleeing from Ukraine,” said Antonio Loprieno, president of Allea.

The Breakthrough Prize Foundation is making a total of $3m available for supporting the Ukrainian research community. In addition to the Allea funds, $1m is being channelled through the US National Academy of Sciences, which has an agreement with the Polish Academy of Sciences to provide short-term placements for researchers who have crossed the border into Poland.

As of 29 March, the NAS had raised a total of $1.8m for the initiative, including funds from the Breakthrough Prize Foundation and other philanthropic donors.

Support schemes across Europe for researchers fleeing Ukraine continue to be opened or topped up, as initial programmes have been overwhelmed with applications.

On 25 March, the Swiss National Science Foundation raised its support fund to 9 million Swiss francs (€8.8m), covering the costs of placements for Ukrainian researchers as well as extensions and supplementary grants for Ukrainians to join existing SNSF projects.