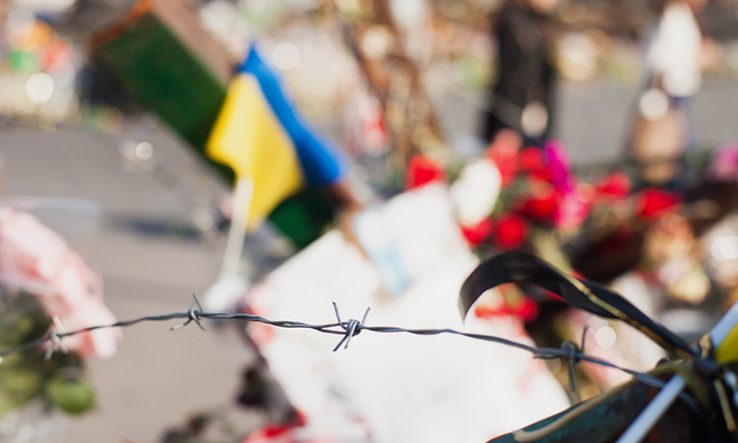 Initial cash is for refugee researchers, followed by funds for Ukrainian institutions amid brain-drain concerns

A fund set up to support scientists displaced as a result of the Russian invasion of Ukraine has opened its first round of support, with hundreds of thousands of euros on offer. Those running the scheme say they will follow this up with money to support institutions in Ukraine, amid fears that researchers will drain away from the war-torn country and never return.

Allea, the European Federation of Academies of Sciences and Humanities, was given $1.5 million (€1.4m) to support scientists and research institutions impacted by the war in Ukraine. The money came in March from the Breakthrough Prize Foundation—a US non-profit organisation founded by technology entrepreneurs.

Matthias Johannsen, Allea’s executive director, told Research Professional News that at least $500,000 is being made available in a first call of the European Fund for Displaced Scientists opened on 25 May.

Allea is reserving at least 20 per cent of the Breakthrough Prize Foundation money to provide direct support to research institutions in Ukraine. Johannsen said this second funding line would help institutions maintain operations during wartime, as well as facilitate the reintegration of those researchers who had been forced to flee.

“We will open it very soon, probably in the next two weeks,” Johannsen said.

Last week, the vice-chancellor of the University of Cambridge in the UK, Stephen Toope, said Ukrainian institutions had concerns over the hosting of refugee academics and were asking instead for more direct support.

“We have heard very clearly from our Ukrainian partners that they do not want a massive brain drain, facilitated by universities in the West,” Toope said.

Johannsen said that Allea was aware of concerns around brain drain and had put in place measures to encourage institutions to think about how displaced researchers they are hosting can return to Ukraine.

“We ask them to explain what strategies and plans and measures they are foreseeing for the researchers they host to maintain contact with the Ukrainian science system,” he said.

The first round of support launched on 25 May is open to research institutions within the 46 countries of the Council of Europe hosting researchers displaced from Ukraine. Institutions can receive up to €25,000 per individual for up to 12 months, with no limit on how many researchers they can host.

Applications are open until 1 July, with a second round expected later. Johannsen said the first round has been opened for those institutions that need help quickly.

“We are very aware there are many, many hosting arrangements already going on,” Johannsen said, adding that he expected to receive applications from those institutions already supporting displaced researchers “and who are now running out of funds”.

Many of the initial pots of money made available after the invasion that began in February offered support for three months to institutions hosting researchers fleeing Ukraine. Johannsen said that Allea may make adjustments for the second round of the fund based on what institutions say they need.