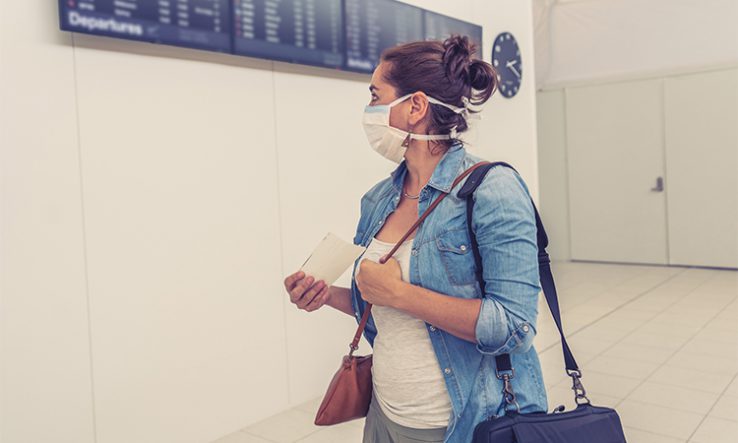 Researchers have raised concerns about the use of blanket screening for Covid-19 among travellers flying to Europe from China, which is contrary to advice from the EU agency for disease prevention and control.

On 4 January, the EU member state governments adopted a stance strongly encouraging the requirement for a negative Covid test for all passengers travelling to their countries from China.

In keeping with this, over the past month some of the bloc’s member states, including Germany, the Netherlands and Sweden, have adopted requirements for such negative tests.

They say that the special measure, and others put in place for flights from the world’s most populous country following its relaxation of domestic disease control restrictions, are designed to improve detection or minimise the international spread of variants of the Covid-19 virus.

But the European Centre for Disease Prevention and Control told Research Professional News it advised member states on 29 December that “based on the current situation and the information available, it did not see travel measures as required”.

The ECDC has also told the media that “screenings and travel measures” for all people coming from China are “unjustified” under current conditions. Member states’ moves have caused alarm among some researchers in the bloc.

“I had the hope that with the acute phase of the pandemic coming to an end, it would be easier to respond to disease outbreaks in a more evidence-based and less populistic way,” said Peter Klimek, a data scientist at the Medical University of Vienna.

The ECDC, which in light of the pandemic has been given new powers to provide science advice on disease risk management to EU member states, told Research Professional News it supports random testing for Covid-19 among passengers arriving from China, rather than blanket testing.

It said that using data at airports that sequence a random sample of travellers coming from areas “where genomic surveillance cannot cope with the high number of cases” could better inform member states of variants in circulation.

Member states have backed the use of random testing on arrivals, but in addition to rather than instead of requiring a negative test from all passengers before departure.

Hans Kluge, the World Health Organization regional director for Europe, said on 10 January that it was “not unreasonable for countries to take precautionary measures to protect their populations”. The ECDC declined to comment directly on the measures taken.

But Klimek and others criticised how member states were not following the agency’s advice.

‘Pattern is repeating itself’

“We had a phase in which negative, almost racist sentiments against Asian people were rampant in European countries, as many people feared, without any factual basis, that these people would introduce and spread the disease,” Klimek said, claiming that “this pattern is repeating itself”.

After EU member states adopted their stances, a spokesperson for China’s Foreign Ministry, Wang Wenbin, said: “Regrettably, a handful of countries, in disregard of science, facts and their actual epidemic situation, have insisted on taking discriminatory entry restriction measures targeting China. China firmly rejects this and will take reciprocal measures.”

Tom Wenseleers, an evolutionary biologist at the Catholic University of Leuven in Belgium, agreed that member state actions were problematic. “I guess it’s a sign that politicians in some countries are more inclined to follow public opinion than actual experts and epidemiologists,” he said.

Some have called for even more power for the ECDC. Compared with its counterpart in the US, the agency is “very weak”, said Benjamin Roche, a researcher studying infectious diseases at the Research Institute for Development in France.

He said he was “quite concerned” member states were not following ECDC recommendations, adding: “If the risk assessment they are doing is not considered, this agency can be seen as useless by some decision makers.”

Some public health organisations say it is natural that ECDC recommendations might not be followed. Ricardo Mexia, president of the European Public Health Association’s infectious disease section, said member states may consider the agency’s advice in addition to their own analysis.

In his view, member states consider the agency’s technical advice to be valuable, but they “always have wanted to retain their ability to decide upon these issues and many of these issues are technical, but some are also political”.

The 4 January agreement among member state governments was coordinated by the Swedish presidency of the Council of the EU. A spokesperson for Sweden’s permanent representative to the EU said in response to researcher concerns that “reporting from ECDC was taken into account and will continue to be taken into account when the introduced measures are reviewed”.

The ECDC said that “it is up to member states to decide which policies are most appropriate for their particular context” and are “feasible based on available national resources”. Member states have also defended their positions.

A spokesperson for the Netherlands health ministry told Research Professional News it wanted Covid-19 testing carried out on all adults on direct flights from China in part to “reduce the risk of contamination during the flight”. They added that it wanted to “conform to the European line”.

They said the Netherlands moved in line with the agreement from 4 January “because we think it is important that we act unambiguously within Europe. Earlier during the pandemic this did not work, which led to a lot of uncertainty for citizens. We learnt from that.”

German federal minister of health Karl Lauterbach also praised how “Europe has found a common response to the pandemic situation in China.” He said: “On this basis, we are now also changing the German Ordinance on Coronavirus Entry Regulations at short notice.”