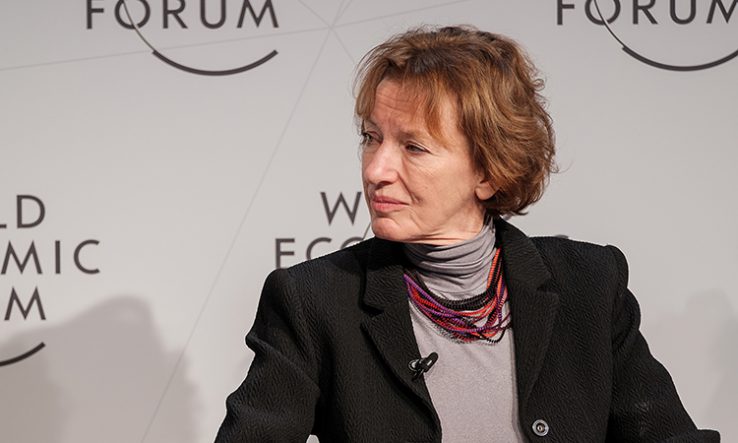 Countries need to work together on balancing protection of national data with enabling international research, the president of the European Research Council has said.

Speaking at the World Economic Forum in Davos, Switzerland, on 20 January, Maria Leptin (pictured) said that researchers carrying out international surveys face hurdles due to strict rules on data-sharing, and this was a “problem that we are beginning to see”.

“The EU has very strict rules about exporting data, for good reasons…namely that indigenous data have been exploited by industry and so most countries have quite rightly clamped down about how their data from their country can be used,” Leptin said.

She gave the example of collecting data on the use of fossil energy sources in different countries, highlighting that for receiving European funding, researchers need to get ethics approval to use such data.

“The world has to get together to figure out when such data can be shared widely across the world,” Leptin said, adding that there needs to be a “balance between protecting national knowledge and data but allowing transnational use of those data…for the sole purpose of understanding”.

Leptin also said it was important to maintain trust in research collaborations between countries, and that “a nation can kill that trust by exploiting others”.

Research security has become an increasingly hot topic in recent years due to concerns over military applications of certain fields and global competition for emerging technologies, leading countries to ramp up security measures.

Kimberly Budil, director of the Lawrence Livermore National Laboratory in the United States, said at the Davos event that “every country has rules [on security] but you have to be clear about what it is you want to protect versus the benefit that you’re gaining”.

The LLNL, set up during the Cold War to focus on nuclear science and technology for national security, recently announced a world first in achieving nuclear fusion ignition, whereby more energy was produced than went into a fusion reaction.

“I’m very heartened by what we’re seeing in the discussions that we are having around research security and trying to build this vision of research collaborations in the international realm,” she added.