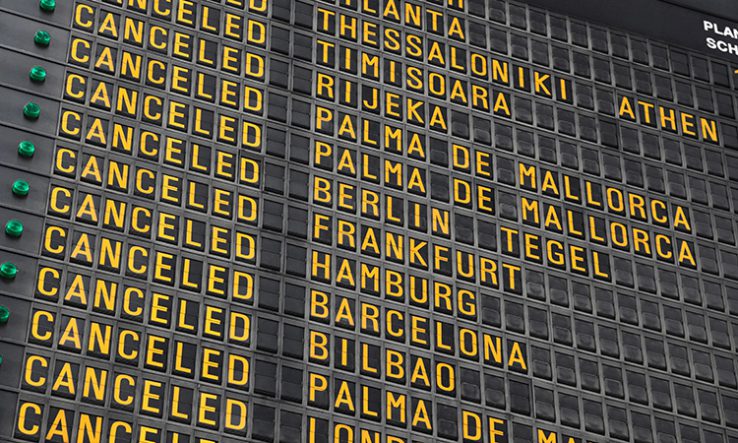 International Departures Information Board with All Flights Cancelled

Student trips planned under the EU’s Erasmus+ mobility programme have plummeted in 2020, preliminary figures from the European Commission indicate, with the Covid-19 pandemic grounding flights, closing borders and preventing travel.

Just 85,000 planned trips were recorded for October 2020, when many EU universities start their terms, the Commission told Research Europe, a 77 per cent drop on the 366,000 planned trips recorded in 2019. The Commission estimated that only 28,000 trips had actually taken place, but cautioned that this was an “absolute minimum” likely to be revised upwards as universities update their records.

The steep decline was no surprise, said Michael Gaebel, director of the higher education policy unit at the European University Association. “We expected that there would be a huge drop in students going abroad,” he said. Gaebel added that travel restrictions had resulted in “uncertainty and concern” for students, especially those travelling from countries outside the EU that are not full Erasmus+ members. “We’ve also seen that some institutions cancelled all mobility,” he said, adding that other institutions had cancelled either incoming or outgoing travel under Erasmus+.

A study carried out by the Commission in the spring indicated that, at that time, 55 per cent of higher education students had switched all or part of their planned Erasmus+ trips to virtual learning activities.

A spokesperson said the Commission could not yet predict the impact of the pandemic on 2020-21 trips with any certainty.

Sabina Achim, communication manager for the Erasmus Student Network representative body, said ESN expected the big decrease in trips to be maintained in the upcoming spring semester, with numbers starting to return to normal from September 2021. She said ESN was planning to launch a survey in December of students’ experiences of Erasmus+ trips during the pandemic.

Achim said ESN considered virtual learning to be “an efficient temporary solution when face-to-face learning is not possible”, but that “it should remain only as complementary to student mobility, not the norm”. She said there was “still space for reflection to find the right balance between virtual and face-to-face learning and mobility” in the 2021-27 iteration of Erasmus+.

EU leaders have also stressed the value of traditional mobility under the scheme. In an informal meeting of education ministers on 30 November, Germany’s minister of education and research, Anja Karliczek, representing the German presidency of the Council of the EU, said “physical mobility continues to be crucial”.