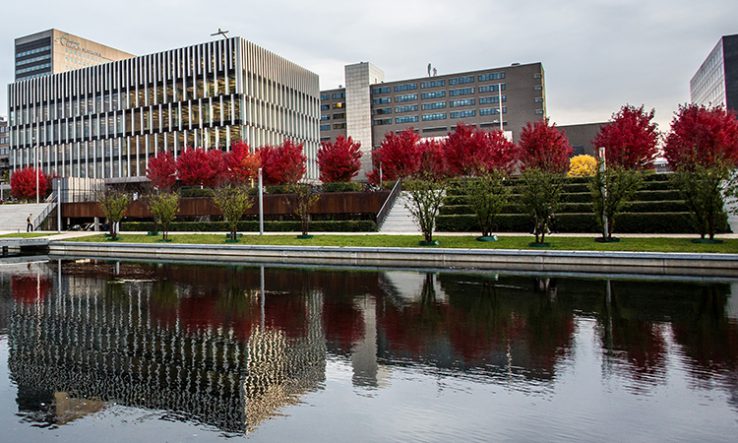 European universities are paying tens of millions of euros to deal with costs stemming from the coronavirus pandemic, Research Europe can reveal.

Sector leaders increasingly fear this will be just the beginning of the financial pain institutions will face amid a resurgence of Covid-19. Many are pinning their hopes on more support from their governments to compensate for lost income from students and increased costs of home working as countries across Europe struggle to reopen their higher education establishments.

“In the long run, we cannot go on like this—governments need to provide much more resources to support staff and students to work online,” said Jan Palmowski, secretary general of the Guild of European Research-Intensive Universities.

As a surge in virus numbers batters many EU nations, the emerging picture of Covid costs is fragmented and inconsistent. But for many universities, costs including renting more space to ensure activities can be socially distanced, buying safety equipment and expanding digital resources are mounting. At the hardest hit universities the bills have run into eight-figure sums.

Erasmus University Rotterdam spent €20 million extra in 2020 as result of the pandemic, contributing to an annual budget deficit of about €46m.

“The university has spent a lot of money on online education because of the crisis, and less income is coming in from the second and third flows of funds: research funding and money from commercial activities like postdoctoral education,” said a spokeswoman for the university.

In the Dutch-speaking region of Belgium, five universities have faced additional costs totalling €21m, according to the VLIR Flemish Interuniversity Council. The nine universities in the German state of Baden-Württemberg expect extra costs of €37m, said Eva Dade, coordinator of international university networks at the University of Konstanz in Germany.

Even before this month’s surge in Covid-19 case numbers across much of Europe, universities were under significant pressure. Last year the president of the University of Reims Champagne-Ardenne estimated that the university faced around €3m in extra costs to address the pandemic, while the French Conference of University Presidents (CPU) warned that health and safety measures alone would eat up 2-3 per cent of university budgets.

Universities will need to shift from “fire-fighting” to putting “much more thinking” into what resources they need so research and teaching can continue, said Palmowski.

“We really need to be realistic,” he said. “It’s very possible that we need to think about teaching in new ways permanently—and that will require new expenditures.”

Other figures are increasingly fearful over future hits to income rather than over short-term increases in costs.

“There’s a much bigger concern on the income side, through either reduction in income from fees, in particular from international students, or concerns over an economic downturn in the next period wherein public funding will go down,” said Thomas Estermann, director of governance, funding and public policy development at the European University Association.

Costs could yet surprise universities too, he warned, as new variants of the virus emerge.

EUA member institutions have not yet faced significant problems as a result of Covid-related costs, Estermann said. But expenditures could catch universities off balance if they need to pay for distance learning into 2022.

“How long we have to continue in this mode—this will emerge as the burning issue the longer this continues,” Estermann said. “Insecurity about long-term planning with the situation changing on a regular basis is a huge challenge.”

There have been some small positives amid the gloom. Universities have been able to cut back in certain areas such as travel costs and heating bills, compensating for some costs.

Hans Andersson, chief administrative officer at the Södertörn University in Sweden, said his institution had to spend 14m kronor (€1.59m) on closing the university and providing digital teaching due to the pandemic, but saved SKr 4m, mainly on travel costs.

Jesper Langergaard, director of the Danish rectors conference, said there were both fiscally positive and negative impacts for Danish universities.

But, he said, “how they will end up balancing with each other is as of yet uncertain”.