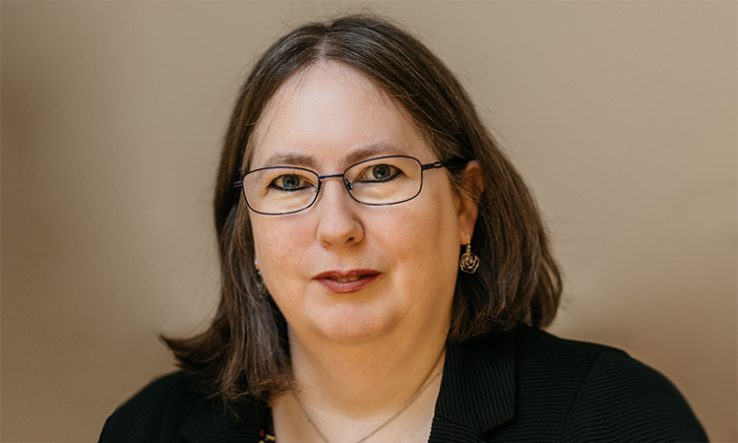 As institutions across Europe shift away from urgent pandemic responses towards longer-term outlooks, the European University Association is gazing even further ahead.

The EUA is helping its roughly 800 member universities in 48 countries to navigate the crisis, but has also set its sights beyond it with the publication of a vision for 2030, its secretary general tells Research Europe. “Obviously there’s a big difference between the situation now and back in early 2020,” says Amanda Crowfoot, who started her role just as Covid-19 was sweeping the world. “It’s very important that we look beyond the current situation and respond to the fact that we’re in a very different world now with different challenges around sustainability, digitalisation, and a changing labour market and workforce.”

Crafted over the past six months with input from EUA members, the vision Crowfoot helped to develop, published on 4 February, foresees open, transnational universities working with an interdisciplinary approach. It is meant to be “inspirational”, says Crowfoot, but also realisable if universities get the resources they need.

“In order to thrive, universities need the right framework conditions: academic freedom, institutional autonomy, sufficient and sustainable funding, and efficient support for collaboration,” states the vision. It calls for more investment in research, innovation and education to meet the challenges of the next decade, as universities are increasingly expected to provide both digital and physical learning, and to take a greater role in tackling societal issues.

Core public funding for universities must correspond to institutions’ growing responsibilities, the vision says, with extra spending on both digital and physical infrastructure “crucial” for students and society, and investment in academics and staff “essential” to support their development. The EUA leaders decry the “uneven playing field” of funding for universities across Europe, which they say has been exacerbated by Covid-19 and is “likely to mark the next decade”.

Given that it expects some universities to face a funding shortfall, the vision covers activities that can be carried out at little expense. “Obviously we want universities to have the best investment possible, since more investment means more ambition, potentially more changes and quicker progress, but that doesn’t mean certain things can’t be done without more funding,” says Crowfoot.

For instance, she suggests that just getting people talking about one of the vision’s priorities—reforming academic assessment and rewards—could spark ideas for change. “This is something that doesn’t necessarily take a huge amount of financial investment.”

The vision calls for regulatory frameworks to protect universities’ autonomy and support their development, and says university leadership must be inclusive, transparent and accountable. Alongside assessment reform, it says priorities should include the promotion of interdisciplinarity and civic engagement.

Crowfoot says priorities for 2021 include assessing the extra pressures the pandemic has placed on students and researchers, and identifying potential challenges such as where research may be interrupted. The EUA will also continue to monitor progress on the European Research Area­—the EU-led initiative to raise research standards—and wants clarification on the ERA’s governance. Currently, ERA guidance is “focused on member state governance—but that’s not the same as having an actual dedicated platform to engage with stakeholders”, says Crowfoot.

She adds that given the ERA covers so many topics relevant to researchers, it’s “important that the voice of the research community is heard”. The EUA for one will be pushing to make sure that happens.

Correction 11/2—This article was updated to reflect that the vision paper was not co-authored by Crowfoot and EUA president Michael Murphy, as originally stated. Crowfoot and Murphy wrote the foreword and helped to develop the vision.