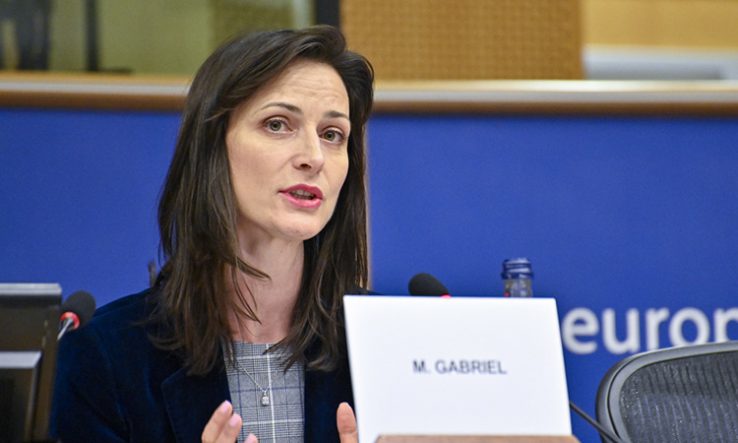 In a speech marking International Women’s Day, the EU R&D commissioner has said the under-representation of women at the top of European R&D “needs to change”.

On 8 March Mariya Gabriel highlighted concerns about the retention of women in research and academia, saying women account for 48 per cent of Europe’s PhD recipients but only 33 per cent of its researchers and 22 per cent of its heads of higher education institutions.

“It is clear that without talented and innovative women Europe cannot and will not move forward,” Gabriel cautioned, adding that she was “committed to ensuring that the gender dimension is fully integrated” into her policy portfolio, which includes R&D and education.

Gabriel (pictured) reaffirmed that proposals for the 2021-27 EU R&D programme, Horizon Europe, will need to incorporate a gender equality plan to be eligible for funding.

She also used the opportunity to launch Women Tech EU, a funding and mentoring initiative to support female-led startups in ‘deep tech’—innovations in areas such as artificial intelligence, robotics and blockchain—and help these companies grow.

Women and men can sign up from today to become mentors and business coaches for Women Tech EU, Gabriel said.

More broadly, the European Commission warned that women have been disproportionately affected by Covid-19. It said that, despite there being many women on the front lines of the pandemic, there was a “striking lack of women in Covid-19 decision-making bodies”.

Of 115 national dedicated Covid-19 task forces in 87 countries, including 17 EU member states, 85 per cent were made up mainly of men, while under 4 per cent had gender parity, the Commission said. It added that women make up less than a third of EU health ministers.

The EU commissioner for equality, Helena Dalli, said the setbacks to equality caused by the pandemic must be used “as an opportunity”. She said: “We are determined to strengthen our efforts, continue progressing and not allow a backlash on all the gender equality gains made.”