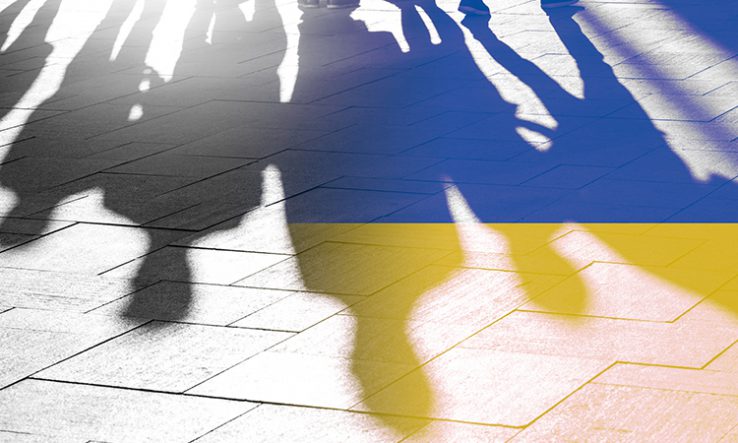 Group intends to support Ukrainian universities in recovery from war, including by stopping brain drain

The European University Association has set up a taskforce to support the reconstruction of higher education in Ukraine, with academic organisations among those that have suffered damage to buildings and severe disruption during the Russian invasion.

The taskforce’s aim is to provide guidance to support Ukrainian universities “during and in their recovery from the effects of the war”, and “in the reconstruction and long-term development of the higher education system”, the EUA announced on 22 July.

It said the taskforce would give recommendations on issues including governance and leadership, quality assurance and strategies to counter brain drain, which the EUA said was a “major concern for the Ukrainian higher education system”.

The taskforce has been established for two years initially and will be chaired by Ivanka Popović, former rector of the University of Belgrade in Serbia and an EUA board member.

Taskforce members were nominated by the national rectors’ conferences that are part of the EUA, including the Union of Rectors of Higher Education Institutions of Ukraine, which recently joined.

They include Mykola Trofymenko, deputy chair of the Ukrainian rector’s union, and Mychailo Wynnyckyj, Ukraine’s former head of secretariat of the National Agency for Higher Education Quality Assurance.

Non-Ukrainian members include Gerhard Duda, former head of the Brussels office of the German Rectors’ Conference; Milena Králíčková, rector of Charles University Prague in the Czech Republic; and James Rodgers, assistant vice-president for global engagement at City, University of London.

The first meeting of the taskforce is set to take place after the summer.

The announcement came on the same day that EU research ministers discussed support for Ukraine at a meeting in Prague.