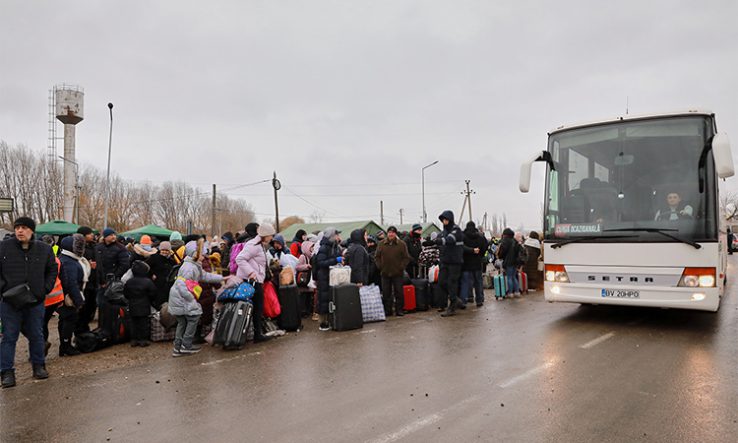 A Ukrainian researcher has called for academic refugees to be offered short-term projects abroad instead of longer ones, explaining that many of them will want to return home.

Speaking at the EuroScience Open Forum in Leiden on 13 July, Pavlo Bazilinskyy said academics fleeing war, oppression or climate change cannot commit to longer projects because they want to one day return to their own countries.

The researcher of artificial intelligence, based at Eindhoven University of Technology, said: “The world has changed very fast and we need to adapt by, for example, offering academics short-term projects instead of long-term projects because they want to go back to their countries and cannot commit to a three-year placement in a [for example] Dutch university.”

To help Ukrainian researchers, many European countries and academic organisations have offered a range of support, including funded placements. The EU has waived 2021 and 2022 charges for Ukrainian association to its Horizon Europe research and innovation programme.

‘Keep society in the loop’

At the opening ceremony of Esof, Europe’s largest interdisciplinary conference on science and innovation, Bazilinskyy also called for a future without borders in science and said researchers should keep society “in the loop”.

He told delegates that his mother is now a displaced researcher in the Netherlands following Russia’s invasion of his country in February.

“People like my mother are living in a state of not knowing what will happen tomorrow. She, like thousands of academic refugees, do not want to be here forever and all they want to do is go back to Ukraine or their respective countries,” he said.

Bazilinskyy added that his grandmother was an engineer who helped build engines for the Soviet Union and has now spent two months in a basement hiding from rockets designed by her Ukrainian colleagues.

The R&I director-general at the European Commission, Jean-Eric Paquet, also spoke at the opening ceremony in Leiden, which is holding a year-long science festival in 2022 after being selected as Europe’s city of science.

Paquet said Esof was “absolutely essential to build an understanding of how science is providing knowledge and solutions”.