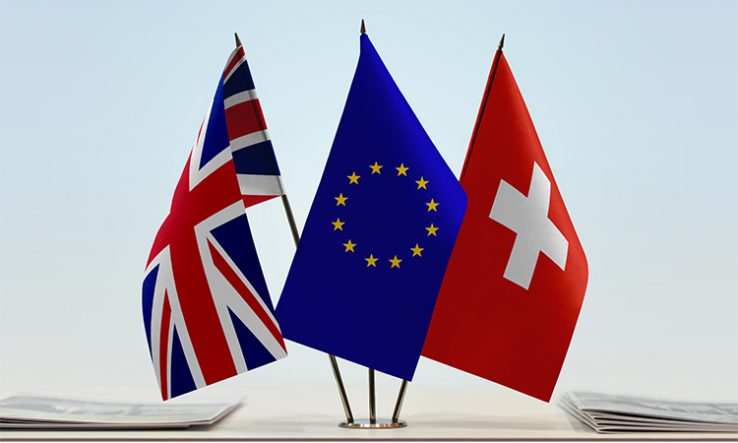 In December 2020, the EU and the UK agreed a deal for UK access to Horizon Europe, alongside other research initiatives such as Euratom and the fusion-energy Joint European Undertaking Iter. But despite the EU-UK trade agreement coming into force this January, UK association has not been finalised.

It appears that political disputes between the UK and the EU, notably on fisheries and Northern Ireland, are affecting the EU’s willingness to open up its research and innovation programme to the UK.

Europe’s research and innovation sector has been vocal in calling on the EU to fulfil its treaty obligations and activate UK association. But in doing so, is it complicit in allowing the UK to cherry-pick, opting for collaboration when it suits and non-compliance at other times?

Both sides have an interest in UK association to Horizon Europe. Past funding from research and innovation programmes, including from the European Research Council, underpins the research that led to the breakthrough BioNTech and Oxford vaccines that have helped both sides of the Channel return to some semblance of normality. Funding from European Framework Programmes has been instrumental in addressing global crises, from the Covid pandemic to the Ebola virus.

Moreover, EU funding has enabled European science to be uniquely collaborative across borders, while funding through the ERC and the Marie Skłodowska-Curie Actions has made a unique contribution to strengthening our research base. Despite Europe’s relative underinvestment in research and innovation, EU funding instruments have allowed European scientists to hold their share of world-leading publications.

Disrupting this seamless collaboration with partners in the UK and Switzerland—which is also excluded from associate-member status due to problems with wider negotiations with the EU—will undermine the global competitiveness of European science in the EU and beyond.

Much has been made of the EU’s desire to attract new associated countries to Horizon Europe. The EU is Australia’s biggest science collaborator, but the UK is not far behind in third place. Similarly, the UK and EU together account for over half of New Zealand’s international science collaborations. If Horizon Europe can include the UK as an associated country, the programme will be far more attractive to other nations.

Arguments for UK-EU science collaboration are distinct from trade discussions. The mutual interdependence is much stronger in science, and conflicts about standards, norms and jurisdictions are rare, and negligible from a policy perspective. Scientific behaviour is driven primarily by intangible factors that transcend political boundaries, notably reputation and the desire for excellence.

It is missing the point to ask whether pushing for UK association to Horizon Europe at a time of so many EU-UK squabbles encourages cherry-picking. If the EU is serious about Horizon Europe being world-leading and attractive to third countries, the programme’s foremost priorities must be scientific. These dictate that the UK and Switzerland must associate fully. By using Horizon Europe in support of its political objectives, the EU must not compromise the programme’s international attractiveness.

Objectives such as strength-ening the EU’s green and digital transitions are perfectly compatible with Horizon Europe’s wider scientific appeal. These priorities are global. But if the EU were ever to compromise on the principle of excellence, it would undermine what makes Horizon Europe so attractive.

Similarly, if the EU wants Horizon Europe’s successors to be internationally attractive, it needs reflect on the scientific concerns of major third countries that wish to associate. Such nations will never have a political vote, as this is an EU programme. Still, the Commission has been rightly responsive to countries like Norway and Iceland in developing the programme. It must show the same consideration to other major partners in the future.

Association by the UK and Switzerland is imperative for European science and the global distinction of Horizon Europe. If political factors hold back association, it points to a wider need to ensure the EU’s political objectives do not undermine its scientific concerns.

The EU is right to insist that associate countries should share our values of academic freedom, institutional autonomy and research ethics. But the question of association must be separated from non-scientific political disputes. The laws of science are different from the laws of politics—and we should rejoice in this.