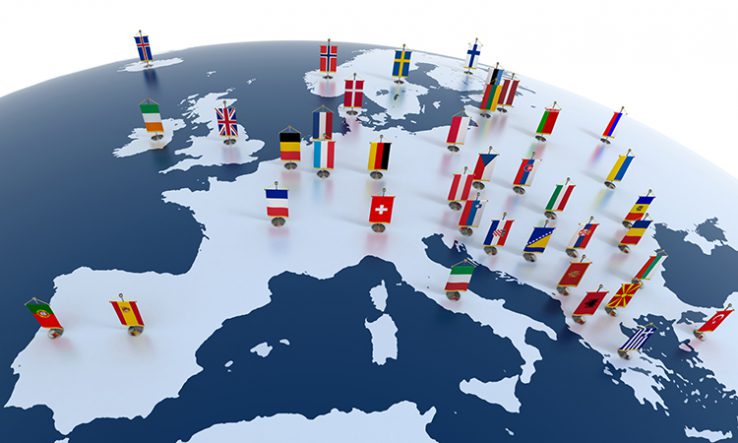 Given the manifold challenges that our societies face, research and innovation are in many respects ideal candidates for building solidarity and mutual benefit. Apart from anything else, two-thirds of economic growth in Europe from 1995 to 2007 was derived from research and innovation, according to a 2013 report from the UK innovation charity Nesta.

This is obviously a strong incentive to reform and complete the European Research Area. But it is often an overlooked point that research and innovation can also be useful tools in the EU’s external relations, if they are wielded in a thoughtful and nuanced way.

The added value produced by EU research and innovation programmes, even though it is often invisible to the public, contrasts with the high-profile but sometimes ambiguous outcomes of EU foreign policy.

Armenia and Azerbaijan, for example, are two of six former Soviet republics participating in the Eastern Partnership, an EU effort to strengthen political an economic ties with the states on its eastern border. The others are Belarus, Georgia, Moldova and Ukraine.

But last autumn, when fighting between Azerbaijan and Armenia over the disputed region of Nagorno-Karabakh flared up one again, the EU’s diplomatic efforts to resolve the conflict were conspicuous only through their absence.

The shooting has ceased, at least for now, but many underlying issues remain unresolved.

Involving the countries in the Eastern Partnership in EU-funded R&D could both strengthen the regional science base and increase mutual trust. There is a precedent in the Sesame synchrotron, based in Jordan and co-funded by the EU.

Despite some teething problems, Sesame has produced good science. At the same time, it has brought together eight often-antagonistic partners, including Israel, Iran and Palestine, in joint scientific research.

The first step to building something similar between the EU and the Eastern Partnership countries would be to ensure their association to Horizon Europe (although, given the current political situation, this would be contentious for Belarus). Alongside this, the EU should be doing more to make cooperation in research and innovation a cornerstone of the partnership’s strategy.

The next task would be to identify the most promising scientific areas for cooperation among the Eastern Partnership countries. Such an approach would do much to encourage the region to work together on concrete, tangible issues.

At present, however, the EU seems more interested in using the withdrawal of cooperation in research and innovation as a stick to punish countries for their recalcitrance in other policy areas.

Since Switzerland decided to terminate negotiations aimed at striking an overarching Institutional Framework Agreement, for example, the EU has not only paused negotiations on Swiss association to Horizon Europe, but has denied the country the transitional status given to all other associate members of Horizon 2020.

The underlying reasons are complex, relating in part to Swiss payments, or the lack of them, into EU cohesion funds. But they all have one thing in common: none has anything to do with the Swiss science base, which is excellent. Relegating Switzerland to third-country status benefits neither Switzerland nor the EU.

On a larger scale, the Commission is trying to reconcile its traditionally open approach to global research cooperation with, in its own words, “a transformed global landscape, where geopolitical tensions are rising and human rights and fundamental values are
being challenged”.

In May, it published a new strategy for international cooperation on research and innovation in a changing world. One new aim is to balance openness with reciprocity.

Another is to pool multilateral efforts to tackle global challenges, through initiatives such as an All-Atlantic Ocean Research Alliance, which brings the EU together with nations in Africa and the Americas. A third is to develop structured road maps for cooperation on science and technology with key countries such as China.

Discussion and further development of this global approach are part of the Slovenian EU presidency’s priorities, which will prepare council conclusions on the subject.

When doing this, it is vital that the EU’s approach promotes the strengths of its research base as well as its economic interests and foreign policy goals, rather than hindering them.

So far, the EU has been getting it only partially right.