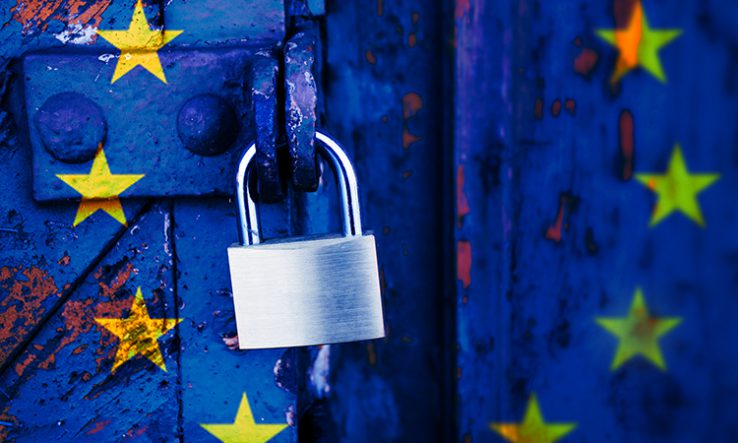 The European Council’s meeting in March confirmed that bolstering defence capabilities, reducing dependence on energy from elsewhere and building a more robust economic base are now key policy targets for the EU and its 27 member states.

The Versailles Declaration adopted by the Council sets out the reasoning: “Confronted with growing instability, strategic competition and security threats, we decided to take more responsibility for our security and take further decisive steps towards building our European sovereignty, reducing our dependencies and designing a new growth and investment model for 2030.”

So, after years of discussion, strategic autonomy is now a reality in EU policymaking. It’s incredible what a war can achieve.

This pursuit of autonomy will have a clear impact on research and innovation policy. One effect will be to accelerate existing trends. Reducing dependence on fossil fuels has been part of EU energy policy for many years.

The Horizon Europe R&D programme, like its predecessor Horizon 2020, stresses the importance of increased investment in energy research, innovation and technology. The present energy crisis re-emphasises the urgent need for more and faster investments in green research and innovation.

Bolstering the EU’s defence capabilities implies more and better investment in innovative technologies. This will include fostering synergies between civilian, defence and space research, and investing in critical and emerging technologies for security and defence.

These areas have already received strong backing in recent years from the European Commission’s Directorate-General for Defence Industry and Space, the European Defence Agency and the European Defence Fund. Commitments in these areas will only grow, through initiatives such as the Commission’s February 2021 Action Plan on Synergies Between Civil, Defence and Space Industries; its Strategic Compass for Security and Defence, launched in March; and the Roadmap on Critical Technologies for Security and Defence, published in February.

Horizon Europe money, however, should remain off-limits to military research.

Building a more robust economic base by reducing strategic dependencies in raw materials, semiconductors, health, digital and food is a major challenge. One option is to strengthen the EU’s research and innovation capabilities, including legislation in this area. Again, many initiatives are in train here, including the European Chips Act, the creation of the Health Emergency Preparedness and Response Authority (Hera), the Data Act, the Digital Services and Digital Markets Acts and the Artificial Intelligence Act.

The ambition of strategic autonomy can give both EU and national research policies a major boost. But with no budget increases in the offing, new policy priorities cannot come at the detriment of existing and agreed commitments and budgets.

Funding for commitments set out in the Chips Act and through Hera has already taken a chunk out of the regular Horizon Europe budget. The Commission should be transparent on how this balance will be struck.

New possibilities, then, are emerging for universities and research institutes. But will the EU’s commitment to strategic autonomy also bring limitations?

What will the effect on international cooperation be? Will strategic priorities conflict with open science? Will more research and innovation activities find themselves subject to export control regulations? Will guidelines on foreign interference become statutory? Will academic freedom be curbed? How will academic diplomacy change?

The 2022 Marseille Declaration, and communications from the Commission, have implied that we should not worry too much about these issues. Recent experiences, however, like the unjustified exclusion of the UK and Switzerland from Horizon Europe, prove the need to stay vigilant.

Herman Van Rompuy, a former chair of the European Council, put it best when he wrote on Twitter: “Strategic autonomy is not about autarchy nor protectionism, but it means that the EU wants more control over its own destiny.”

Kurt Deketelaere is secretary-general of the League of European Research Universities and a professor of law at KU Leuven, Belgium, and the University of Helsinki, Finland