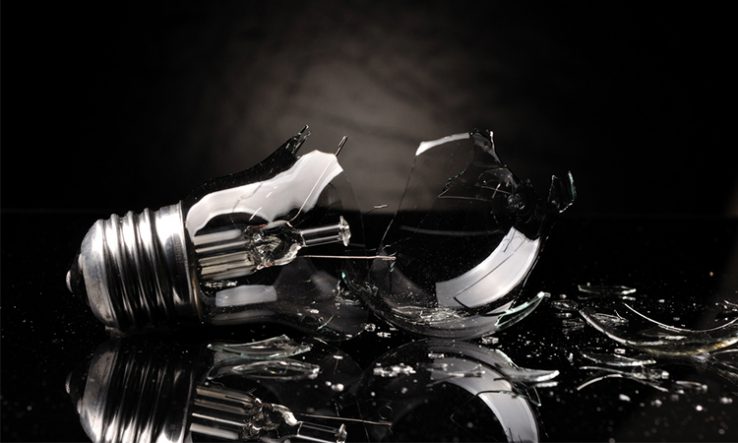 For 30 years, Europe’s policymakers have puzzled over why, despite its excellent basic research and skilled workforce, the continent lags America and Asia in producing products and companies at the leading edge of technology. This European paradox, as it was dubbed in 1995, is even more relevant as we approach the age of ‘deep tech’ innovation of technologies deeply rooted in scientific research and engineering.

Unfortunately, infighting in the European Commission is strangling the new programme at birth. It is setting itself up to fail.

During the preparation of Horizon Europe, it became obvious that Europe needs a public innovation funder that supports deep tech innovations in the journey from lab to market and subsequent scaling up. The European venture capital market is not able to provide such support.

This is the purpose of the EIC Accelerator, which will give startup companies grant and equity funding, known as blended finance.

But geopolitical shifts also demand an EIC Accelerator that will back strategic technologies for Europe.

Meeting these two goals requires a funding instrument that is both agile enough to be credible on the market and able to move against the market to protect strategic interests. This was the intention of the co-legislators when we developed the EIC under Horizon Europe.

The pilot phase of the EIC showed this could work. With all the Commission services on board, the EIC Accelerator showed the potential to be life-changing for the companies selected.

Alas, this success is being crushed by bureaucratic infighting in the European Commission over the management of blended finance and the EIC Fund, which will provide the equity component of financing.

In 2021, the directorate general for the EU budget raised objections to the implementation of the EIC Fund, even though the fund had functioned with that directorate’s blessing since 2020.

One objection was that managing the fund’s investment portfolio would require more staff than the Commission could afford. This is indeed a challenge, but it is hardly insurmountable.

Another concern was that making risky investments could damage the Commission’s reputation. Seizing on part of a sentence in the Horizon Europe legislation referring to indirect management, the budget department argued that the European Investment Bank (EIB), not the Commission, should manage the accelerator’s equity funding.

These demands, which go against the EIC’s mission, triggered an internal discussion. This brought in the Commission’s legal service, which demanded that the College of Commissioners sign off on all grant and equity decisions. This makes the Commissioners uneasy, as it gives them responsibility for decisions they are not informed to take.

There is, then, the absurd situation of the Commission’s budget department pushing the EIC away, while its legal service seeks to make Commissioners directly responsible for the council’s decisions.

In reality, the budget department’s objections are shadow boxing. Rather than looking for practical solutions, the Commission is seeking to smother the EIC’s independence and agility. Where and why this change of heart comes from is unclear, but the Commission is trying to fundamentally alter the EIC, against the intentions of the legislators.

This is unacceptable in a democratic European Union, and the Parliament will resist any administrative pushback. That is why I am drafting an implementation report on the EIC. This will allow the Parliament to take a firm stance in support of the version of the EIC we voted for when we adopted Horizon Europe.

In the short term, we need a solution that gets funding to startup companies. This means the Commission needs to get the EIC Fund going and ensure that accelerator payments go out over the summer.

For the longer term, we need to rethink the institutional setting for the EIC Accelerator. The existing institutions cannot deliver independence and flexibility.

Outsourcing equity funding to the EIB would divide the accelerator’s two funding streams and undermine its unique selling point of truly blended finance.

Instead, we need an independent body that can manage both grants and equity. This should have a clear political mission, a presence in the venture capital market and the agility to meet the needs of deep tech startups. No such body exists at present, so we need a tailor-made solution.

Creating such a body for the second part of Horizon Europe can save the EIC’s reputation and change innovation in Europe. If we get this done, we have a chance that in 30 years’ time European innovation policy can focus on how to maintain global leadership, rather than how to catch up with the rest of the world.

Christian Ehler is a German MEP and member of the European Parliament’s Committee on Industry, Research and Energy