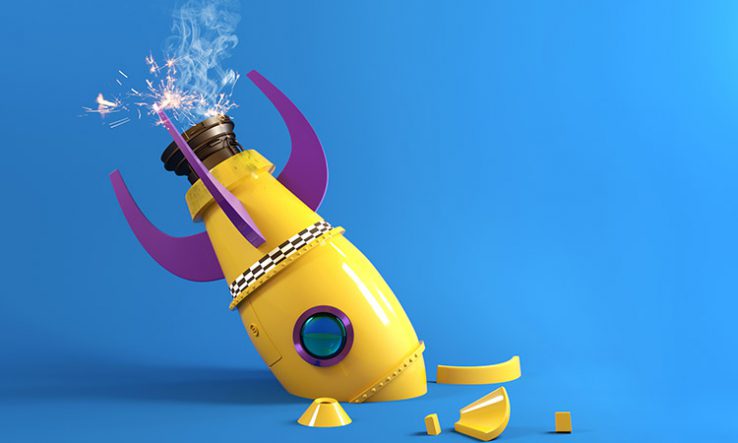 Moonshots aren’t easy. On 29 August, a faulty sensor halted Nasa’s first launch of its Artemis 1 rocket. A hydrogen leak cancelled the second attempt on 3 September. Like the Apollo missions of the 1960s, Artemis is Nasa’s bid to kickstart a new age of space exploration. As the cancelled launches suggest, however, success is not guaranteed.

The missions in Horizon Europe are lower profile, but possibly more troubled. Launched in 2021 as part of the European Framework Programme, the missions were a novelty in the funding landscape. Building on the economist Mariana Mazzucato’s work on how state investment drives innovation, they set ambitious goals for concrete results by 2030, such as improving the lives of 3 million cancer patients.

Two years on, implementation moves at a glacial pace. Underbudgeted and understaffed, each is a jack-of-all-trades—pulled in multiple directions. The five missions have become mini framework programmes, replicating things covered elsewhere in the programme. Meanwhile, the logic originally underpinning missions has been absorbed by larger changes in Horizon Europe, primarily the Strategic Plan

That raises the question: are missions adding value? With an evaluation set for 2023, an answer is needed quickly.

To some, the five missions are intended to address grand societal challenges, identified in cooperation with citizens and fine-tuned by experts in so-called mission boards. By directing research and innovation towards these challenges, public funding can have more impact.

However, that logic is not unique to the missions. The Strategic Plan, another novelty in Horizon Europe, applies the same idea of ‘directionality’ to large parts of the programme. It links research objectives to broader policy priorities and was ‘co-created’ with citizens, like the missions. Notably, the plan includes missions as one of its instruments.

To others, the missions are about linking research spending to other EU programmes. For instance, research on cancer can be followed by a grant from the EU4Health programme. This goal is commendable, but not unique: again, the Strategic Plan identifies several priority areas as the basis for building synergies with other programmes. So does the Horizon Europe regulation, which lists all potential synergies.

These synergies include improving cooperation between the Commission’s policy departments. In this view, the missions help break down silos between the directorates-general by setting common goals.

However, this too is part of a broader change in Horizon Europe. Following the Strategic Plan, the directorate general for research writes the work programmes for each cluster together with other DGs.

Yet another goal is to link EU funding with national programmes. This is most clear in the missions on adaptation to climate change and climate-neutral, smart cities, which seek to partner with 150 regions and 100 municipalities, respectively.

In June, EU member states invited the Commission to create a mechanism to streamline national contributions. But if the missions are seen as multilevel funding programmes, where does that leave the existing partnerships between the Commission and member states, which also aim to mobilise research funding behind strategic priorities and avoid duplication?

Finally, the missions also seek to combine bottom-up research with top-down objectives in a portfolio approach that helps researchers focus their efforts on common goals. At the risk of being repetitive, this is not unique either.

The European Innovation Council’s Pathfinder scheme works with thematic challenges to develop key strategic objectives, identified in the context of Horizon Europe strategic planning. Similarly, the Commission is considering how to measure the contribution of projects receiving bottom-up funding from the European Research Council to broader policy priorities, such as the 35 per cent target for climate spending.

Where does this leave the missions in the broader policy landscape?

Ironically, missions have been eclipsed by their own success. Mazzucato’s logic was so appealing—societal relevance, impact, citizen involvement, synergies—that it permeated the spirit, design and implementation of Horizon Europe, primarily through the Strategic Plan.

Stripped from their logic, missions have become a caricature of themselves. Perhaps the best analogy is not a rocket launch, but Concorde, the Anglo-French supersonic airliner built despite runaway costs and declining benefits, now synonymous with the error of allowing past investment to dictate future plans.

If we ignore muddling on, the choice next year is between cancellation or reinvigoration. The first is both undesirable—the appeal of mission-driven R&I is clear—and unlikely, as too much political capital has been invested in their survival.

The task should therefore be how to put them front and centre of Horizon Europe.

Joep Roet is a policy adviser at Neth-ER, the Netherlands house for Education and Research, in Brussels. He writes here in a personal capacity