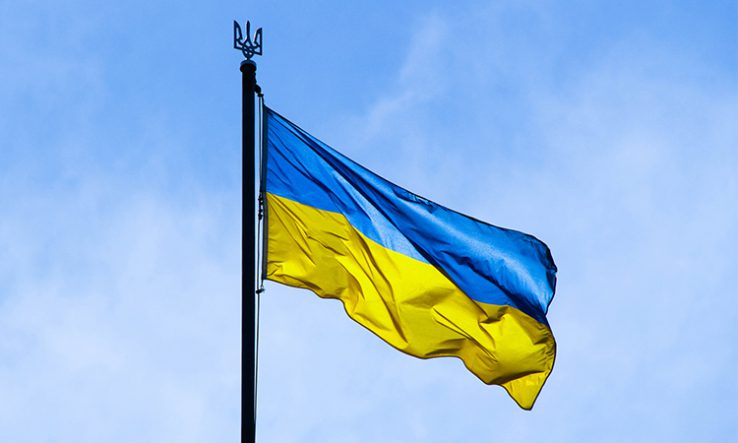 More than 200 days after Russia invaded Ukraine, the republic not only still stands but shows continued resilience, creativity and grit. Earlier this month, the European Association for International Education gave its award for vision and leadership to Ukraine’s higher education sector as a whole, in recognition of its fortitude and resilience.

From the first days of the war, it has been clear that most Ukrainian researchers are remaining in the country, although many have been internally displaced. They were soon calling for a shift from crisis mode towards a more systemic effort to support the country’s universities and research.

To get an idea of what was needed, in April the UAScience.Reload project, an initiative of Ukrainian scholars based across the world, surveyed more than 2,000 Ukrainian researchers. The most common requests were for research projects to be engaged remotely, mobility programmes and access to the literature and data sources and other information.

The Twitter group #ScienceForUkraine has begun listing requests, ranging from collaborations to equipment, to books and laptops, from Ukrainian academic institutions. And Ganna Tolstanova, vice-rector of research at the Shevchenko National University of Kyiv, says that while undergraduate education is holding up well, opportunities for PhD students to work abroad are badly needed.

Organisations in other countries have launched efforts to support researchers inside Ukraine. The German Research Foundation (DFG) announced that German researchers can apply for funding to support the projects and living expenses of collaboration partners in Ukraine. And the $1.5 million (€1.5m) European Fund for Displaced Scientists, run by the European Federation of Academies of Sciences and Humanities (Allea) and the Breakthrough Prize Foundation, will support displaced scholars and Ukrainian institutions.

There are also bilateral initiatives. Universities UK International, in partnership with the Cormack Consultancy Group and with funding from the UK government, has set up a twinning programme. As of mid-August, 75 Ukrainian institutions had signed partnerships with those in the UK, US, Canada and Belgium. The German Academic Exchange Service (DAAD) has funded 73 projects in its Ukraine Digital programme. Another project, called the Ukrainian Global University, similarly aims to build partnerships between the country and other institutions.

Ukraine’s association agreement with the EU’s Horizon Europe and Euratom programmes, which entered into force in June, has given the country’s researchers more options. Research commissioner Mariya Gabriel has stressed the role of Horizon Europe’s €3.3 billion funding stream for Widening Participation and Spreading Excellence in integrating partners from widening countries, including Ukraine, while the European Innovation Council has announced €20m of support for Ukrainian startups. The launch of MSCA4Ukraine, which provides €25m to support fellowships for Ukrainian PhD students and postdocs through the Marie Sklodowska-Curie actions, is expected shortly.

Support for displaced researchers continues, although Ukrainians have been dismayed that some schemes are also open to Russians and Belarusians. With Russian rockets continuing to destroy Ukrainian cities, seemingly targeting schools, universities, hospitals and research infrastructure such as the National Gene Bank of Plants, and the death toll of scientists increasing, Ukrainians see this equivalence not as science diplomacy but moral bankruptcy.

The next phase of support should focus on rebuilding Ukrainian research and higher education. The European University Association has established a taskforce to support the reconstruction of Ukrainian higher education. In June, leaders of the national academies of Poland, Ukraine, the US, Germany, Denmark and the UK, along with Allea, met in Warsaw and released a 10-point plan for “rebuilding Ukraine’s science and R&I”.

They recommend for Ukrainian researchers temporarily working abroad to maintain institutional affiliations with their homeland, donate laboratory and research equipment, and plan for post-war recovery, including the modernisation of Ukraine’s research, innovation and education. Importantly, the plan calls for the establishment of a coordination council to maximise impacts, minimise redundancy, and create synergies. All in all, the scale and breadth of the research community’s response has been remarkable. But, given the large number of national and international initiatives, such a coordinated and sustained effort is now required.

Oksana Seumenicht is international relations manager at the Max Delbrück Center for Molecular Medicine in the Helmholtz Association, Berlin, and a co-founder of the Ukrainian Academic International Network (Ukrainet)