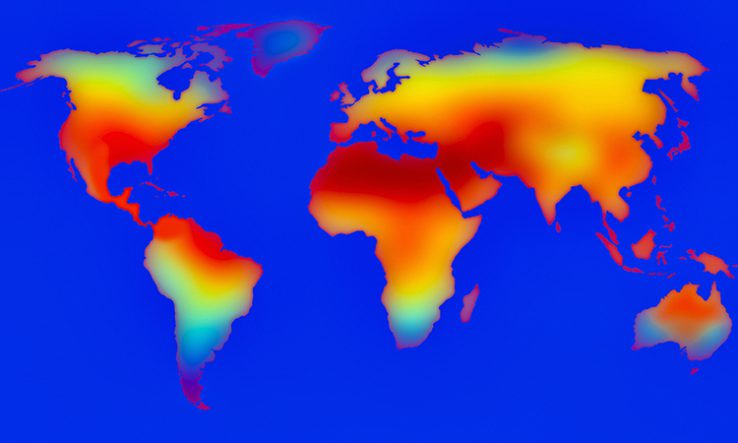 There are 83 months until 2030, and 323 months until 2050. The technology needed to achieve net zero carbon emissions in this timeframe is proven and available—but we also need the policy and courage to deploy it.

November’s COP27 meeting showed a stark disconnect between governments’ words and goals on climate change and their actions, with 400 private jets delivering world leaders and eco-preachers to Sharm el-Sheikh.

This disconnect is also visible in climate research. My studies of the spread of spending have found, for example, that despite lip-service to the importance of interdisciplinarity, the bulk of effort still goes into mitigation—into finding technologies to decarbonise energy generation, transport, industry and so on.

Even though the target to limit global temperature rises to 1.5C above pre-industrial levels is officially still in place, many scientists now see that as unreachable. Climate research for a world headed beyond 1.5°C needs to be vastly broader.

For example, between 1990 and 2020, less than one per cent of climate research funding went into studies of interventions aimed at reducing the Earth’s capacity to absorb solar energy, such as stratospheric aerosol injection, marine cloud brightening and developing high-albedo crops and buildings. While such solar geoengineering is controversial, increased research funding in this area is much needed.

Other fields are similarly neglected. Neuroscience received 0.022 per cent of climate research funding over the same period, despite its potential to help understand the brain science behind interventions that might influence behavioural change and decision-making, not to mention the fear and trauma caused by extreme weather events and the shadow of catastrophic climate change.

Another example is theology, divinity and religious studies, which have received 0.046 per cent of climate change research funding. Such disciplines offer improved understanding of the spiritual implications of climate change and low-carbon transitions, including how they may reshape connections to the environment or promote values geared towards sustainability.

And while extreme weather events are impacting major sporting events, and climate change has a negative effect on physical activity, only 0.012 per cent of climate research funding has gone to sports science.

Funding also needs to be redesigned: in an interdisciplinary team, it can take months for people to understand each other’s terminology and methods; a 2-3 year grant is unfit for such purposes and is unlikely to produce high-impact research. Allocating funding via predominantly discipline-focused bodies, such as the UK research councils, hinders the development of a whole-systems approach that integrates engineering, environmental and technical solutions with economic, behavioural and policy interventions, and which aims to influence industry, business, government, third-sector organisations and the public.

Interdisciplinarity should be part of an effort to align climate research more closely with the UN sustainable development goals. Climate change affects human rights, gender equity and every other SDG. Climate researchers need more awareness of these agendas and how to shape their research around them.

This should include a greater effort to decolonise climate research. Between them, the UK, US and EU account for a large majority of climate research funding. The dominance of researchers in the global north contrasts with the impacts of climate change, which fall heaviest on the Global South.

This raises questions around issues of justice, equity and sincerity in funding for climate R&D. Scholars in the Global South have huge expertise, especially on adapting to climate change and often specific to their locations, but they tend to end up as assistants on projects run from the north.

Decolonising research can begin with scientists reflecting on the power relations contained in their research topics, teams and processes; by considering research participants as collaborators and co-designers, and by using different ontological and epistemological perspectives and disciplines, which may challenge the perspectives and methodologies of the global north. The principles of inclusion and just governance should permeate climate research.

Finally, there needs to be a global effort to coordinate climate research, similar to the efforts of the World Health Organization to organise action on health and Unicef on education. A global organisation charged with coordinating research on climate and the green transition would help to ensure that gaps are covered and overlap avoided.

Abdulrafiu Abbas is a researcher in energy and climate technology innovation at the Science Policy Research Unit, University of Sussex, UK