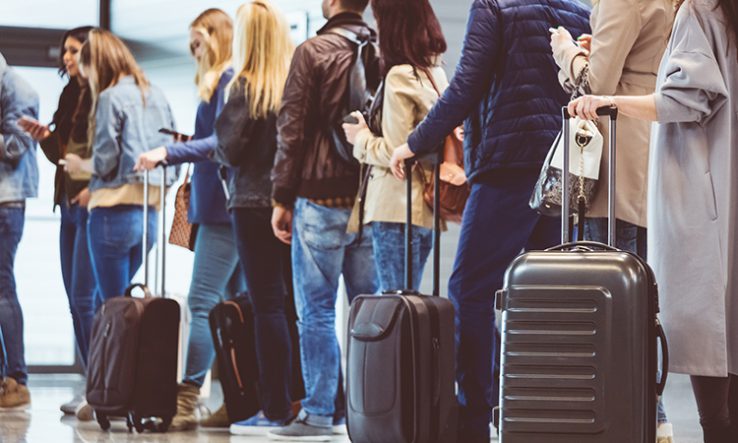 Shot of queue of passengers waiting at boarding gate at airport. Group of people standing in queue to board airplane.

International students will not begin returning to New Zealand in large numbers until the end of April 2022, according to education minister Chris Hipkins.

Hipkins, who is also minister for the Covid-19 response, said in a statement on 24 November that a three-step reopening would begin in December.

“Some people and businesses want us to start to open up before Christmas, and that’s understandable, but others want us to be more cautious,” he said. Fully vaccinated international students will be in the third group allowed back, from 30 April.

Some limited programmes have already been announced for a group of about a thousand students.

But Universities New Zealand chief executive Chris Whelan told Radio New Zealand that the decision would leave the country at least six months behind. It will “be the last of the traditional international education countries that will be still either closed to international students or requiring students to come through managed isolation”, he said.

Figures released by the government in September showed that in 2020, international student fees across the country’s universities were down by NZ$100 million on 2019, to NZ$480m. At the end of 2019, there were about 30,000 international university students in the country.

Education New Zealand recently released a draft policy on international education with a focus on “high-value” students and good connections with local students and communities.

Australian universities are already welcoming back students from some countries, although rules on quarantine vary across states and Australia is currently on a two-week “pause” for non-citizen arrivals since the emergence of the Omicron variant of Covid-19.