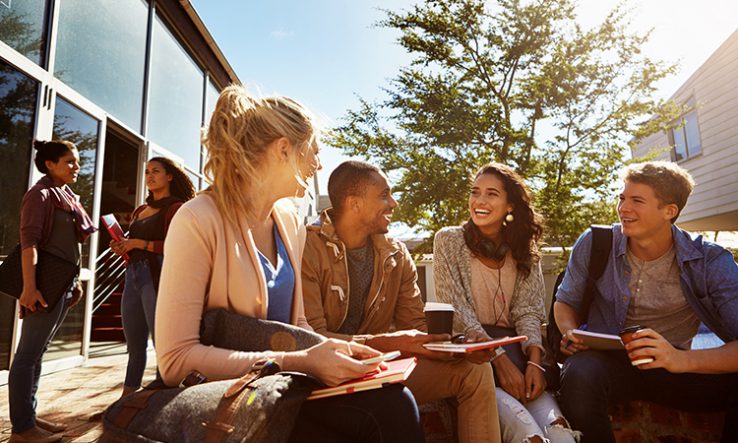 Shot of a group of students studying outside on campus

Fellowships will be awarded to 30 young researchers, but scientists say more support is needed

Early career researchers in New Zealand are experiencing “reduced opportunities” and need extra support, the Ministry of Business, Innovation and Employment has said.

The ministry has announced a one-off set of two-year fellowships for 30 young researchers, worth a total of NZ$10 million.

“The Covid-19 pandemic has had a major impact on the world economy and is likely to have long-term adverse impacts on the research, science and innovation workforce,” the ministry said in an announcement on 28 January. “In response to the reduced opportunities experienced by New Zealand early career researchers, we are providing this one-off funding opportunity to support the retention and development of early career researchers with the potential to excel in a research environment.”

The New Zealand Association of Scientists welcomed the move as “a response to a concert of concern from New Zealand’s research community and early career researchers in particular”, but it said that more would be needed. Association president Troy Baisden told Research Professional News that the nation was “unusually dependent on researchers going overseas for postdocs, and that opportunity has largely evaporated for the last year and at least another year to come”.

“It’s important to be thankful that these 30 new postdoctoral fellowships deliver the medicine we asked for, but they’re also not a total fix. We’ve argued that about 50 fellowships are needed on an ongoing basis.”

Research in any field will be supported by the fellowships, as long as the researcher is affiliated with an eligible New Zealand-based institution. The awards, to be administered by the Royal Society, will be known as Whitinga Fellowships, which translates as ‘rising sun’.

In a statement, Sereana Naepi and Sarah Moss, the co-chairs of the Royal Society’s Early Career Researcher Forum, said they were “thrilled” and that the fellowships would be a “lifeline for 30 early career researchers”.

Ayesha Verrall, New Zealand’s associate minister for research, science and innovation, said the pandemic had had “widespread impacts across the science system, including the research workforce”.

“After completing their PhD, researchers often travel overseas to gain experience—but in the past year many have been unable to do so due to travel restrictions,” she said. “It’s vital that we ensure that our science community is well supported as we respond to Covid-19. Some of the long-term challenges we are tackling as a government, such as housing and climate change, rely on the contributions of the country’s leading scientists.”

Young researchers from New Zealand have been prevented by the pandemic from broadening their experience through travel; for example, the Geoscience Society of New Zealand typically sends two to four early career researchers overseas through its grants programme, but in 2020 no grants were made because of Covid-19 travel restrictions.

In September, the New Zealand Association of Scientists slammed the national approach to managing early career researchers’ trajectories, saying: “Except for a few elite Rutherford postdoctoral fellows appointed on academic tracks each year, we have no systematic funding or measures of early career numbers or career path progression. Our three-year PhDs are short by international standards, and often lack intersection with industry and the independence and leadership development needed to bridge into successful careers leading our sectors.”

“We risk having a missing cohort in our science system in a decade’s time,” the association warned at the time.

Responding to the new fellowships, Baisden said that “many were worried that early career paths were already broken before Covid-19, exacerbating a serious diversity problem in academia, including gender disparity, underrepresentation of Māori and Pasifika in academia, and no progress in Māori or Pasifika representation in science over the last 12 years. The new funding clearly recognises the need to support diversity.”

The fellowships will open for applications in February, when further eligibility criteria will be announced.