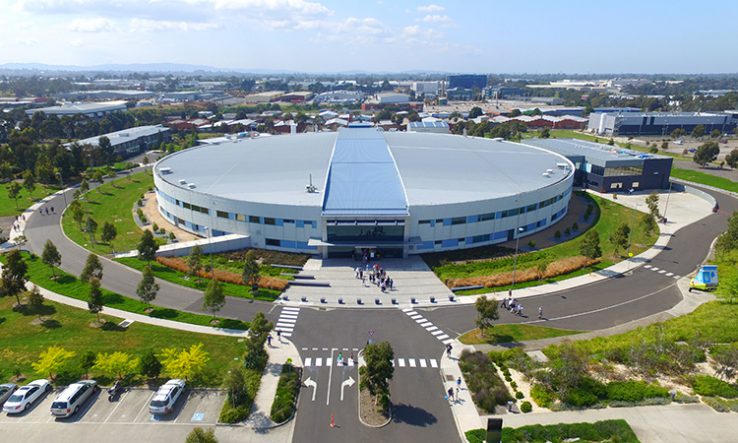 Trans-Tasman collaborations, including work at the Australian synchrotron, are being hampered by border issues

Researchers in New Zealand have said that important collaborations are being hampered by the lack of a “travel bubble” between Australia and New Zealand.

Border closures since last March have prevented the previous free flow of staff and collaborators between the countries, and a much-anticipated bubble is yet to be set up.

New Zealand’s use of the Australian Synchrotron (pictured), in which the country is a partner, appears to be particularly affected, with senior resarchers at the Universities of Waikato and Auckland naming it as an issue.

Bryony James, deputy vice-chancellor for research at the University of Waikato, said the situation was “absolutely not sustainable” in the long term. While researchers are managing with workarounds such as videoconferencing and employing extra assistants, this is a short-term solution, James said. “A good example of this is New Zealand’s access to the Australian Synchrotron. The New Zealand Synchrotron Group estimates that 30 to 40 per cent of beam time that would usually be used by New Zealand researchers had to be cancelled in 2020.”

James Metson, deputy vice-chancellor for research at the University of Auckland, said “the issue with the synchrotron is that although we can send samples for experiments like protein crystallography, for most of the beamlines the researchers need to be there to manage the experiment. Thus we have essentially been unable to use this capability for much of the past year, despite the very considerable assistance from the staff at the synchrotron.”

“Actually, the impact of the border restrictions has been considerable as in many areas Australian institutions tend to be our largest international collaborators in research,” Metson told Research Professional News. “We share research infrastructure in areas such as the NZ investment in the Australian Synchrotron, Australian Nuclear Science and Technology Organisation neutron facilities, the Australian National University’s space testing facilities, cryo-TEM [a specialised electron microscope] and some research computing networks. We also collaborate closely in areas such as medical and health sciences, vaccination strategies and programmes, clinical trials, Indigenous research, climate science and research in the Pacific.”

Australia and New Zealand’s research links are traditionally very close, with many professional associations, professional conferences and even clinical trials covering both nations. An Australia-New Zealand agreement on science, research and innovation cooperation, signed in 2017, has deepened that relationship. The New Zealand government has estimated that around 30 per cent of New Zealand researchers have formal links with their Australian counterparts.

New Zealanders can currently enter Australia without going into quarantine but must spend two weeks in hotel quarantine on their return. The arrangement is tenuous and was briefly suspended last month after community Covid-19 cases in New Zealand emerged.

At that time, New Zealand’s prime minister Jacinda Ardern said in The Australian newspaper that she was hopeful of a travel bubble by the end of March but that such suspensions threatened the arrangement.

Research published in the Journal of the Royal Society of New Zealand last month said the effects of not being able to travel for postdoctoral training and networking had been particularly felt by early career researchers.

“Many University of Waikato staff have strong research collaborations with Australia. While it’s been possible for investigators to continue collaborative research activity in their home institutions, visiting collaborators’ labs has been severely curtailed,” James said. “The backlog that this will create, even when travel and access is ‘back to normal’, will see ripples in science productivity and impact for years to come.”