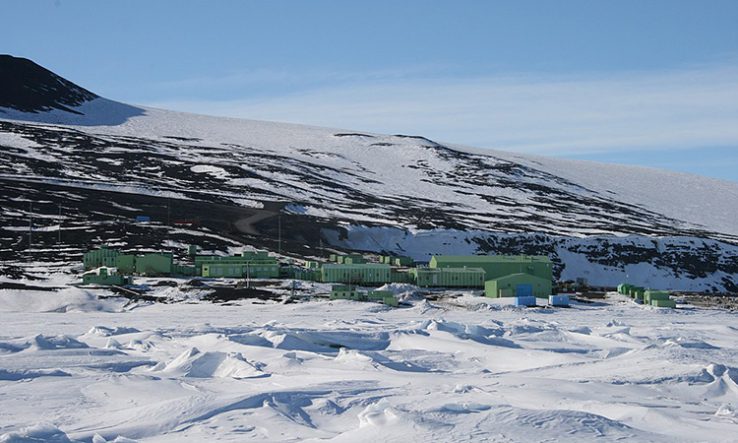 New Zealand is looking to change the direction of its Antarctic research, with a new emphasis on climate change issues and Māori knowledge.

A consultation opened last month on the plans, which include prioritising work on sea level rise, ice-ocean-atmosphere connections, ecosystem dynamics and environmental protection. Targets include assessing the Antarctic’s contribution to sea level rises, investigating links between the Southern Ocean and atmospheric conditions, and researching how ecosystems in the Antarctic are responding to change.

The review follows a commitment in the most recent New Zealand budget to rebuild the Scott Base research facility (pictured) and it identifies work taking place in the Ross Sea area as a priority.

New Zealand’s Antarctic research will also “recognise that Māori have their own knowledge system, mātauranga Māori, which enhances science and research in Antarctica and the Southern Ocean”, the draft says.

It comes amid an increasing focus on insights that could be gained by better integrating traditional knowledge into modern research agendas.

In a paper published in May in the journal Nature Ecology and Evolution, a group of New Zealand researchers argue that “global conceptions of Antarctica are dominated by colonial narratives”.

They say a future review of the international treaty on Antarctica, expected in 2048, means it is now time to examine current policies and activities to ensure the unique ecosystems of the region are properly protected in future.

“We argue that an Indigenous paradigm from Aotearoa New Zealand offers a relational perspective that can inform better Antarctic management,” the authors, led by Landcare Research and University of Otago researcher Priscilla Wehi, write.

They say that “despite Indigenous involvement in fishing and science in Antarctica, scientific practice, state-centric governance and decision-making has excluded Indigenous knowledge, interests and aspirations, reflecting mainstream assumptions about the value of scientific research worldwide”.