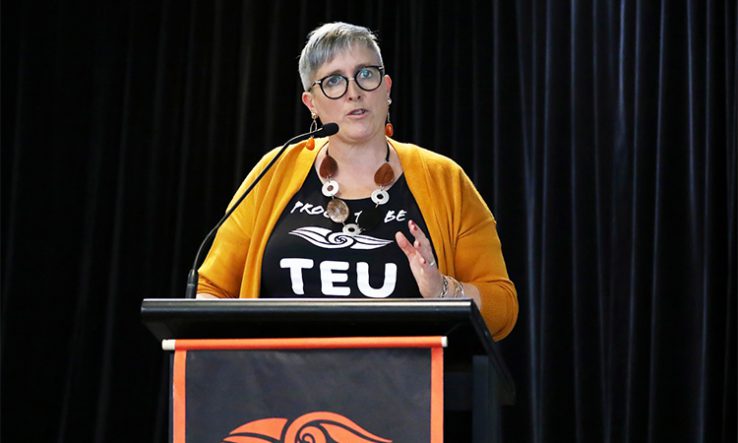 Issues of academic freedom go beyond speaking about fields of expertise and the basic questions of how to run a university, a New Zealand conference has been told, while increased “managerialism” in universities and a focus on commercial outcomes are pushing academics out of decision-making.

The conference, run by the Tertiary Education Union, was held online on 31 August and 1 September. TEU national secretary Sandra Grey (pictured) said that a “narrowing” of the definition of academic freedom had resulted in “a constraining of voice within our sector”.

“People are feeling a chilling effect. Their colleagues are either reprimanded or called up [by managers] when they speak out publicly.”

She said that “one thing people feel constrained to speak about is the extension of online provision beyond the Covid moment”.

Several academics told the conference that recent job losses, forced moves online and restructures had taken away their freedom to choose what they taught, but that their right to academic freedom did not include criticising their employer.

“I look around me and I see colleagues who have been overwhelmed, silenced and fearful for their jobs,” one said. Another said that centralised management oversight of teaching made academics “more like passengers in their own courses”, and a third added that “we’re told what works and we are told what to do online by e-learning experts”.

Union organiser Jill Jones told the conference that while academics had freedom of speech, it did not protect them from issues such as defamation or remove the need to speak out in an ethical fashion—for instance, by considering all sides and ensuring that those affected had a right of reply.

“Academic freedom doesn’t mean that an academic can act with impunity,” Jones said. “It does mean that academics must adhere to very high ethical standards.”

Jan Thomas, vice-chancellor of Massey University and chair of Universities New Zealand, told the conference that “online trolling” of academics was an issue for higher education and that universities needed to find ways to protect their staff from being attacked for exercising their free speech.