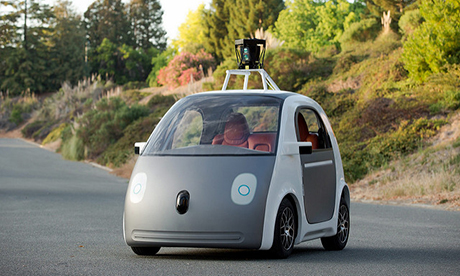 The hype surrounding self-driving cars is huge, and not entirely unjustified. There are big potential benefits for safety, efficiency, mobility and access, but they won’t come without careful policy design. If we don’t get the governance right, we could end up with more congestion, less liveable cities and new dangers.

Much of the excitement has so far revolved around artificial intelligence. Self-driving cars offer a real-world test case for the powers of machine learning. But the issues are much more than technical ones.

If the technology is going to learn to drive, it needs to be tested on actual roads. Self-driving cars therefore involve the public display of innovation, with developers using roads as their laboratories.

The UK government recognises the scale of opportunities and potential risks, which is why it commissioned the world’s first large-scale, in-depth public dialogue to investigate the hopes, concerns and questions about connected and autonomous vehicles.

The exercise was initiated by Sciencewise, the government’s public dialogue agency, and I was lucky to be part of the team that designed and ran it. The full report was released on 10 October.

George Freeman, member of parliament for Mid Norfolk and holder of the newly created ministerial post for transport technology and innovation, has discussed the findings in the New Statesman. Unsurprisingly, he accentuates the positive.

He’s right that there was a lot of excitement about the possibilities, but that’s not the whole story. Policymakers still have a lot of work to do if the technology is going to be broadly acceptable.

The dialogue exercise took place in five UK locations, over three days between October and December 2018. At each location, around 30 members of the public, chosen to be as diverse as possible, heard about self-driving cars, spoke to experts and, in some places, had a hands-on—or rather, hands-off—experience in a prototype or a simulator. Their conclusions, priorities and questions offer a blueprint for governance.

Until now, when ordinary people have been asked what they think of self-driving cars, they have in most cases been treated as potential consumers. Instead, we treated them as citizens.

Participants quickly grasped that the issues were not just to do with how safe the technology would be, or how it should deal with so-called ‘trolley problems’ involving choices between doing different types and degree of harm.

They wondered how, if the technology was going to be as transformative as the car was in the 20th century, our worlds and lives might change. They saw enormous potential benefits in providing mobility to old or disabled people—but they also worried if these opportunities would be available to all, or if the technology would follow the money and only be an option for rich people.

People recognised the safety benefits, but they also demanded government oversight so that, as well as competing, developers shared information and developed standards. There were concerns about control—not just giving up the steering wheels of their beloved cars, but also giving up control of their mobility.

They didn’t want to be hostages to big technology companies. One participant in my group said: “Cars were liberating for the workings classes and older people. This seems to be restricting choice.” Another asked: “What if someone doesn’t want a driverless car?”

There was an ambivalence that is typical for new technologies: “It will be for the greater good, but it worries me. I don’t know if I personally can make all the changes required to adapt to this world.”

Discussions boiled down to four big questions: Will the technology be safe? Will it be available to all? Who will be in control? And how do we get to a future with self-driving vehicles on the road?

How should policymakers make sense of this? It’s not easy. The will of the people is never as clear as some would like to make out. But the UK government has an opportunity.

Our economy is no longer beholden to powerful car manufacturers. Policymakers see the opportunities in software, rather than hardware, given the strength of the UK’s science base. And the UK has an enviable track record for good governance of complex scientific and technological issues.

Public deliberation is a vital part of the story. We shouldn’t see it as an endorsement or a veto of particular technological options. Instead, we should see it as the start of a genuine collaboration between innovation and regulation.

Jack Stilgoe is an associate professor of science and technology studies at University College London. His book Who’s Driving Innovation? New technologies and the collaborative state will be published in late 2020.