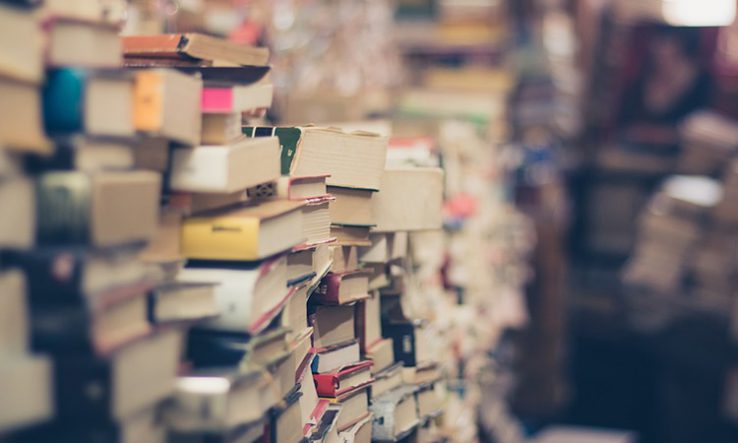 From technopopulism, to Hawking, to words to live by, James Wilsdon picks his favourite titles

Back in the spring, as we blurred out of lockdown, my seven-year-old announced over breakfast one morning that he had a project. Before we knew it, our baggy, blended family—with branches in Sheffield, Cumbria and Melbourne—had been dragooned into Ned’s Reading Contest, complete with a league table, complex points system and a weekly video update from the boy himself.

There were rules. Lots of rules. “No newspapers!” barked the Simon Cowell of home reading, as his grandpa, hope in his eyes, lifted a well-thumbed copy of the Melbourne Age up to the screen.

“And no boring work books.” This last edict aimed at me, as I gently enquired about the eligibility of a book I was half-reading for a project. “They must have chapters. And a story.”

Well into my 30s, I devoured novels, plays and poems. These days—whether down to work stress, too much top-notch TV, the distractions of social media, or pandemic-induced ennui—I find the opposite. I need to be relaxed before I can open myself up to the joys and sorrows of a novel.

So I gulp down fiction when I’m on holiday, and otherwise stick to boring work books. With holidays not really a priority or possibility for many of us this year, that meant I found myself in the relegation zone of Ned’s Reading Challenge.

I have, though, continued to read—and scribble in, agree with vehemently and, occasionally, rail against—work books. So, even if the seven-year-olds among us may take some persuading, let me highlight five non-fiction books that I’ve particularly enjoyed in 2021.

Them, us and you

I first heard Christopher Bickerton discussing his and Carlo Invernizzi Accetti’s book Technopopulism: The new logic of democratic politics on David Runciman and Helen Thompson’s superb podcast Talking Politics. The book describes brilliantly how a succession of recent political movements have blended technocracy and populism in unexpected ways: from Blair’s New Labour and Macron’s En Marche, to Italy’s Five Star Movement and Dominic Cummings and his band of Brexiteers.

With the dance between technocracy, democracy, experts and publics such a prominent strand of the Covid-19 story, I’ve found myself returning to Bickerton and Accetti to make sense of certain debates. As one example—not in the book—should we see the new Advanced Research and Invention Agency as an attempt to give the UK a technopopulist research funder?

I’ve known and admired Anil Seth for many years; we were colleagues at the University of Sussex. So I was eager to read Being You: A new science of consciousness when it came out in the summer.

I expected it to be good, but I was blown away: it’s exhilarating, informed, passionate and provocative in equal measure—as much a groundbreaking work of philosophy as of science. It’s a book that lingers with you, while at the same time forcing you to rethink exactly who and what “you” are.

I met Stephen Hawking a few times in my years working at the Royal Society. I particularly recall the unveiling of his portrait by Tai-Shan Schierenberg in 2009. Martin Rees, who was Royal Society president at the time, knew Hawking well from their decades at Cambridge University and would occasionally raise a private (or even public) eyebrow at one of his colleague’s publicity-seeking statements.

It always felt hard to get the measure of Hawking: as scientist, celebrity, survivor and symbol he evaded normal criteria. So I devoured Charles Seife’s Hawking Hawking as the key, or at least a key, to a longstanding riddle.

It doesn’t disappoint: Seife strips away everything we feel we sort of know from films, books and media coverage, to deliver a brilliant, no-holds-barred biography, which somehow both diminishes Hawking and renders him more impressive, despite his many flaws.

As it is, the British Academy and Academy of Social Sciences should be thrusting a copy upon any MP, adviser or treasury official amenable to evidence-informed persuasion of the value of these disciplines. As a part-time meta-scientist, I also appreciated Grossmann’s nuanced discussion of how the social sciences inform and relate to higher-profile efforts in the natural sciences to reform the research enterprise.

My fifth choice isn’t a science or research book—although it draws creatively from psychology, management and other fields. I seldom read self-help books, but Oliver Burkeman’s Four Thousand Weeks: Time and how to use it is in a class of its own.

For the past year, I’ve kept an extract from Burkeman’s final Guardian column in a small blue frame above my desk. Each of his “secrets to a fairly fulfilled life” holds a profound truth, but one particularly resonates: “There will always be too much to do—and this realisation is liberating….The only viable solution is to make a shift: from a life spent trying not to neglect anything, to one spent proactively and consciously choosing what to neglect, in favour of what matters most.”

If you’ve ever chased me for a deadline, you’ll know I take this as a mantra to live by. And now there’s a whole book of similarly wise and sane advice on how to survive our brief time on this earth.

Looking ahead to 2022, I’m excited to read The Quantified Scholar by Juan Pablo Pardo-Guerra; there’s already a generous taster available on his website. Now at the University of California San Diego, Pardo-Guerra was prompted to start this book by experiencing the unique joys of the Research Excellence Framework while working at the London School of Economics and Political Science.

For anyone into the politics of measurement, management and madness in contemporary higher education, it promises to be a must-read. It should hit the shops just in time for the REF results in May.

Finally, I intend to tackle Bruno Latour’s After Lockdown: A metamorphosis soon. On my first attempt, its Kafka-inspired meditation on “becoming a termite” was a bit much. With Omicron in the air and case numbers rising, now doesn’t feel like the right time either. Maybe—hopefully—one for the spring?

James Wilsdon is digital science professor of research policy at the University of Sheffield and director of the Research on Research Institute. He tweets (when he should be reading novels) @jameswilsdon