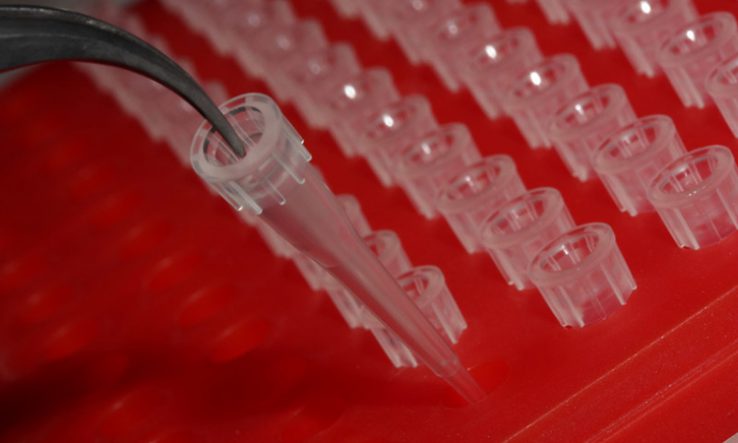 University support is essential for a follow-on funding application

Projects need to build on previous BBSRC research funding. Both streams usually open twice a year, with the next deadlines likely in March 2022.

Xavier Donadeu of the University of Edinburgh’s Roslin Institute and a 2020 winner of BBSRC follow-on funding, explains that applicants should ensure they pay a visit to their university’s tech transfer office before applying.

What research does follow-on funding build upon?

In the past seven to eight years, we have identified biomarkers that are produced by cattle when pregnant, and which allow us to tell whether a cow is pregnant or not. That’s important for farmers, as right now they don’t have any way to tell less than four weeks after insemination.

Was it your first application?

Yes. It’s a scheme that’s not used a lot. But before this I applied for a smaller grant from the BBSRC to do a pathfinder project, which I used to carry out a market study in which we interviewed a number of partners who worked with cattle. They indicated they would be interested in the test —that was a big help.

Especially as you were applying in the higher, super follow-on category?

Yes. Before you write the application, you need to make sure you have everything in place to make it strong, including preliminary data that shows your project has the potential to be successful. So I made sure we had these two components: the biological component showing we had found these biomarkers and that they had a lot of potential, and strong proof that we could market this.

Beyond the market study, how else did you demonstrate an appetite for your innovation?

We have, close to us on campus, several companies that work in the area of animal health, which are always open to collaboration. I got a letter from one company indicating that it would be happy to commercialise this if we were successful. We had a couple of letters of support in the application.

What else did you need to include in the application?

You need to show a track record in your field proving you’re the right person for the project and that you have experience working with the industry. They asked for a project plan. You also need to write about the market reality of this project and its commercial potential.

I’m a scientist, so this was the hardest part for me. There’s an intellectual property component—you have to explain if there’s IP, how easy it would be to exploit, and any limitations on licences. In this case, because there’s a company involved, we had to explain which part of the IP would be ours and which would be theirs.

How did you negotiate IP?

This is a company with which I have good links through a relationship that goes back a few years, so we got them to give away all the IP that would be produced in the grant.

The foreground IP generated belongs to the university, which didn’t ask for the ownership of it because any kit we develop using the technology will belong to them, so we’ll have to pay them a fee for it. That made it much easier and meant this project was generally led by the university.

Did you turn to any resources to help you work on the project?

I used an old application from the university from many years ago as a template. I had the help of the tech transfer team at the university to go over the business component. For someone like me, this was a good learning experience. If I had to write another piece like this now, it would definitely be much easier.

What in particular helped you?

Basically, I learned how important articulating a credible business plan is in a translational project application. A typical, pure scientist like me would be helpless at that unassisted. Also, using the right language when talking about IP—that was particularly useful for me as a non-native English speaker.

How do your project costs break down?

The biggest component is staff. Our postdoctoral researcher takes up almost 40 per cent of the cost of development. Another component is the money that goes to the company. They are a subcontractor, so a bit of the money goes to them. Then there are the expenses associated with the animal work—and that takes a big chunk of the budget. Finally, the grant covers lab consumables, which make up a smaller portion of the funding.