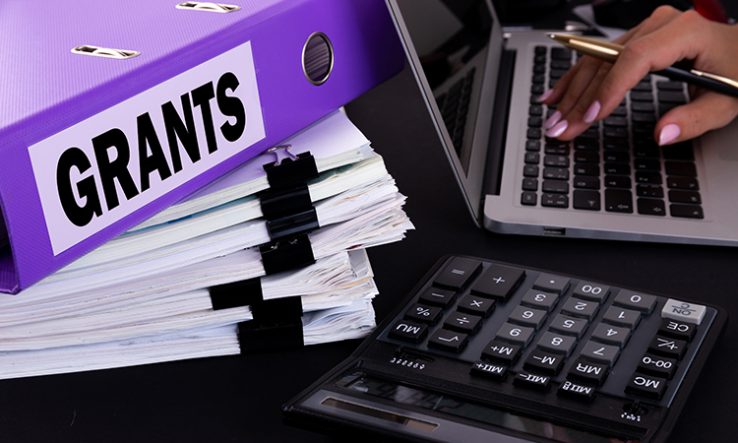 A tour of the domestic funding landscape for new arrivals

It is easy for those of us who have worked in and around UK research funding for a while to forget just how bewildering the whole setup appears when you first encounter it.

This article is for researchers who find themselves in the position of newbie and who could benefit from a very brief tour of the UK research funding landscape. I’ll start with the basics of public—ie government—funding.

The UK has what it calls a ‘dual support’ system for the public funding of research. The first element is a ‘block grant’—basically a huge chunk of cash given to universities to spend on research as they see fit. The second is support for specific research projects through competitive peer-review processes.

Most of the block grant is quality-related funding, which is allocated to universities on the basis of their research performance as measured through the last Research Excellence Framework. The REF is a huge evaluation exercise that takes place every seven or so years, most recently in 2021 with results due in 2022.

Universities can spend QR funding on pretty much any research purpose. Typically, they use it to support academic salaries and research infra-structure, but they also use it to fund internal competitions for ‘seed funding’ to support smaller, early-stage research projects. It’s a vital source of stable, predictable, flexible core funding for research. Its importance shouldn’t be underestimated.

Most publicly funded competitions for academic research grants in the UK are run via UK Research and Innovation (UKRI), an organisation made up of nine funding bodies: seven research councils; a body called Innovate UK, which is involved with R&D in commercial contexts; and another called Research England, which, among other activities, helps develop and implement the REF.

Of those nine constituent bodies, the research councils are probably the most important for academic researchers to learn about and understand. You might be involved in grant bids to Innovate UK, but these projects will need to be industry-led or have strong industrial partnerships.

Each of the seven research councils—which are usually referred to by their acronyms—has a disciplinary remit that it carries in its name, with the exception of the Science and Technology Facilities Council, which supports research in the field of astronomy and space-related science.

Each council runs its own funding calls for specific projects: usually a mixture of directed calls on specific issues and open call funding, which is open to researchers working in any discipline within the council’s remit.

Open call funding is often referred to as responsive mode funding, while, confusingly, the phrase ‘open call’ is also sometimes used for schemes without fixed deadlines that accept proposals on a rolling basis throughout the year.

Each council will have a more or less predictable annual cycle of schemes alongside one-off or occasional calls on specific priorities. The research councils have the most money and should be your first port of call when looking for funding.

Under the long-established Haldane principle, funding decisions on individual research projects are taken by experts, not by government. UKRI is an ‘arm’s-length body’—that is, the government is supposed to keep a safe distance from its day-to-day functioning, and UKRI’s funding decisions therefore never have to be signed off by a government minister.

UKRI is the largest but not the only public funding body. With an annual budget of £1 billion—roughly an eighth of UKRI’s—the National Institute for Health Research spends public money on research for the benefit of the NHS, public health and social care.

More applied and translational than both the UKRI’s Medical Research Council and the Wellcome Trust (we’ll get to Wellcome in a little while), the NIHR runs 10 main funding programmes, many of which are designed to overlap so that no research that is within the NIHR’s remit can fall through the gaps.

The NIHR often runs themed calls that may involve some, or all, of the 10 programmes. To an outsider, the NIHR may appear to be one of the most complex funding organisations—but for those researching topics at or near the clinical level, it is an essential one.

I don’t have space here to explain exactly why, but I will say it’s nothing to be alarmed about when you see “80 per cent full economic cost” on a grant call.

It’s important to note that a successful grant application will not directly affect your personal salary, though bringing in research funding will strengthen any case for promotion.

It’s also worth drawing a distinction between two different categories of research funding: project grants and fellowships. Many funders offer both.

Projects are about a particular programme of work, often with multiple co-investigators involved. Fellowships are about the research too, but they also have a greater focus on the individual researcher.

At earlier career stages, fellowships focus on the personal and professional development of the fellow as well as producing the research findings. At mid and later career stages, they can be about a range of projects or activities carried out by the fellow. Fellowships may involve mentors and collaborators but usually not co-investigators.

Our brief tour of non-governmental funders starts with ‘the trusts’, which are sometimes regarded as quasi-research councils, such is the amount of money they have available to spend.

Both of them are funded by investment income: for the Leverhulme Trust, this is in the form of a large shareholding in consumer goods giant Unilever; for the Wellcome Trust, it is the proceeds of the sale of pharmaceuticals company Wellcome PLC to what is now GlaxoSmithKline. Both run their own schemes and partner with other funders.

The Leverhulme Trust funds research in any academic discipline apart from medical research and is particularly important in the humanities and social sciences. It offers a suite of standard schemes including project grants and fellowships at various career stages, which run on an annual basis.

It is most interested in fundamental (or basic or ‘blue-sky’) research—that is, work where the ‘real-world’ application is not immediately apparent—and interdisciplinary research.

The Wellcome Trust, meanwhile, funds research into health and wellbeing, and this includes humanities and social science research. It funds work on fundamental biological processes; complexities of human health and disease; and tools, technologies and techniques to benefit health research. It doesn’t traditionally fund translational research or work that develops or tests treatments or interventions.

The trust published a strategy in November 2020 in which it promised to increasingly concentrate its efforts in three principal areas: infectious diseases, the effects of global heating on health, and mental health. This focus sits alongside its Discovery Research programme, which is open to any topic within the trust’s remit (Wellcome’s version of ‘responsive mode’). For this, there are three deadlines per year, with three calls: Early Career Awards for postdocs, Career Development Awards for early and mid-career researchers and Discovery Awards for those in midcareer and senior stages.

There are several scholarly societies with ‘royal charters’ (a sort of special official status) that run as charities offering research funding, either from private investments, donations or government funding.

The Royal Society funds work in the natural sciences, while the British Academy funds humanities and social sciences. The Royal Academy of Engineering and the Academy of Medical Sciences have remits that are more easily guessable.

There are also many learned societies in the UK and most, maybe all, offer small amounts of funding to members. Membership can cost very little at some of these societies. When starting on an academic career or joining academia in the UK, joining your relevant learned society is a good first move.

Most of the charities that fund research operate within medicine. They include Cancer Research UK, the British Heart Foundation and Versus Arthritis. But there are a lot of smaller charities, too, and it’s a complex picture.

A good starting point is the membership list of the Association of Medical Research Charities. That’s an umbrella body that supports member charities and requires certain standards of peer review, transparency in decision-making and ethical standards of its members.

No survey of the UK funding landscape would be complete without considering the unresolved question of the UK’s participation (or not) in Horizon Europe, the European Union’s flagship €95.5bn (£80.4bn) R&D programme.

Although the UK has left the EU, the two parties had agreed that the UK would continue to participate in the EU’s research funding schemes as an ‘associated country’.

At the time of writing, however, a row between the EU and the UK over Northern Ireland threatens to delay the UK’s association and could even derail it entirely.

The UK government has promised funding schemes to replace EU funding should that happen, but UK academia is close to being united in thinking that the UK not associating to Horizon Europe would be bad news indeed.