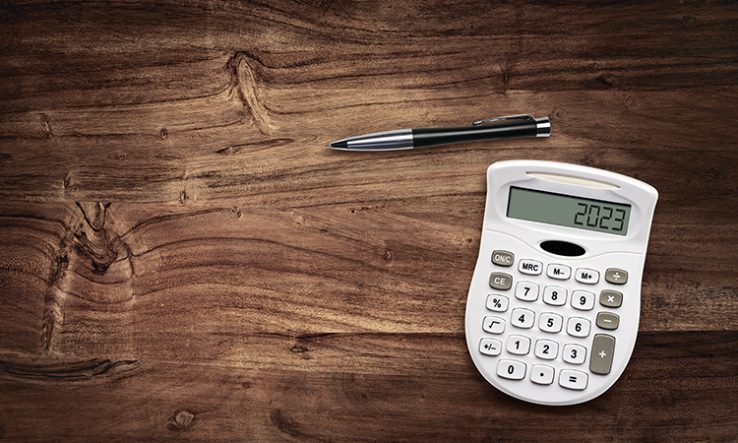 The new year promises to deliver all that 2022 did not

Looking back at my predictions from 12 months ago, I am tempted to deploy Jean-Baptiste Alphonse Karr’s famous epigram: “The more things change, the more they stay the same.”

For all the political chaos and tumult of 2022—or perhaps because of it—many of the events-in-waiting for 2022 never actually happened. So I reckon in 2023 a lot of reviews and promises from further back will finally bear fruit, and we’ll have a clearer indication of the road ahead. Of course, I said that last year. But this year I’m convinced I’m right. So here are, I very much hope, some waymarks for 2023.

After the Research Excellence Framework 2021 results were published in May, the government commissioned the Future Research Assessment Programme, or Frap (no sniggering at the back). Among its nine ‘open questions’ were whether the objectives of the REF were fit for purpose, how bureaucracy could be reduced and what could be learned from global practice. Frap’s recommendations are due in late spring.

With new executive chair Jessica Corner in place, Research England can now prepare and publish its delivery plan. It’s the last part of UK Research and Innovation (UKRI) to do so, and I’m not expecting any big surprises. However, innovation is clearly a passion for Corner and the latest round of the Expanding Excellence in England fund may mark a statement of intent: she wants to support research that makes a difference. Which brings me neatly to…

The return of Michael Gove as levelling-up secretary suggests that prime minister Rishi Sunak will pursue the regional rebalancing promised by Boris Johnson’s government. But the term remains vague. The publication of a white paper in February gave some suggestions of what it might mean for universities, but there’s been little action or funding since then. I believe this will change in 2023. All the research councils’ delivery plans mention support for place, so significant funding looks likely.

Every year, I promise some certainty around the UK’s association with Horizon Europe. Every year, I’m disappointed. I really believe this is the year I’ll get it right. If we don’t associate, the government’s ‘plan B’ is due to kick in, and we should know more about it after the budget in March. In the meantime, the International Science Partnerships Fund—announced at the end of 2022—will have to tide us over.

This might be the year we finally see the Advanced Research and Invention Agency take off, but I can’t help feeling that Aria’s moment has been and gone. The moon has well and truly been shot. The policy paper setting out Aria’s principles is almost two years old now. Progress has been achingly slow, which puts paid to the idea of boldness, braveness and unfussy, unbureaucratic action. Ilan Gur and Matt Clifford were appointed as chief executive and chair in July, so 2023 will, I hope, see the first flowering of this new funder.

Meanwhile, the research council delivery plans were all excitedly trumpeting a new interdisciplinary fund. I know, I know: funders have been talking about the importance of interdisciplinarity for most of the past two decades, but having a dedicated scheme shows a serious commitment, and it will be interesting to see if it manages to work as a philosopher’s stone to convert aspirations to actuality.

UKRI is creaking. It’s being asked to do more and more with less and less. The Grant and Tickell reviews recognised the problems, from its governance structure to the heavy bureaucracy in the system. UKRI is already taking matters into its own hands with its Simpler and Better Funding initiative, but I think there’ll be a more significant change to come in 2023.

It’s been more than a decade since the Wakeham efficiency review recommended “the more intensive use of existing and new assets”, or equipment sharing. But the national equipment database is clunky and little used, and the higher education IT agency Jisc is consulting on how to overhaul it. I can imagine there being a stronger push, in tight budgetary times, to share equipment more meaningfully.

Politicians making eyes at us

Finally, with the next general election due in 2024, a cautious tango will begin: politicians will start to court researchers and universities, while the big institutions will be lobbying to make sure their desires are heard. Who knows what promises will be made—by either side?

Phil Ward is director of the Eastern Arc consortium